A Modern Interpretation of Bible Stories 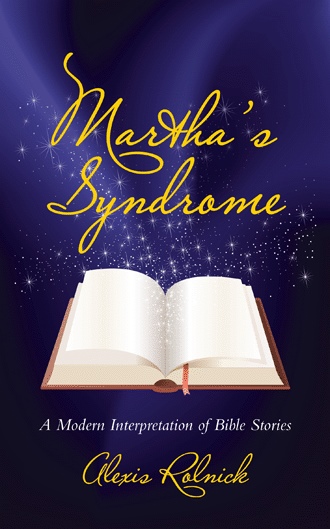 The Bible is the bestselling self-help book in the world. Are you willing to give the Bible another chance? If so, then Martha’s Syndrome is for you. The Bible is not about some long forgotten people. It is about you. There is a character or a story in the Bible that describes issues you are experiencing now. It guides you in relationships with people in your life and brings you in closer contact to the divine within you. The Bible is the story of man’s journey in the Earth plane. From the entrance of all souls in the Creation story to the ultimate enlightenment of the Christ, the Bible is the harbinger of hope. It is the story of us. By studying Martha’s Syndrome, you can ﬁnd your place in the Bible narrative. Join Rev. Rolnick on this journey of understanding.

Rev. Alexis Rolnick is a full-time resident and registered medium in Lily Dale, New York, the world’s largest spiritualist community. A medium since childhood, Rev. Rolnick can also see people’s etheric or energy bodies and can read the Akashic Records to view their past lives.