It Begins on a Mountain, Moves Around It, And Then Moves It. 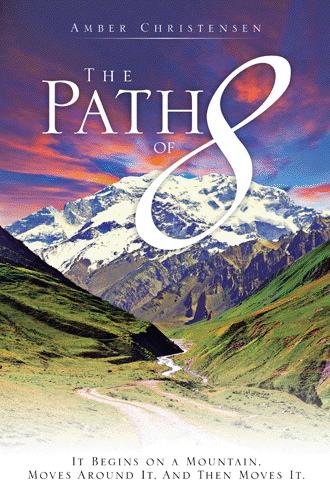 (After) Thoughts on Mountains The Perception: You can climb the same mountain multiple times and have a different vista—before, during, and after—each time. The Journey: You prepare, you plan, but sometimes, spontaneously, you just go—up—perhaps you are uncertain of the path, but the mountain is always there—waiting. The Challenge: You see it from the valley, out of your grasp, yet possible to reach. It’s out there in a realm of possibility and uncertainty—calling. The Beauty: You are lured in. I was. So was he. We both saw the peak and we followed it, like a pied piper of sorts. The background to a story: the jagged, silhouetted ridge; the snow-capped tips; truly breath…taking.

Prologue Enjoy the mountains; keep them within your soul where no one can take them from you. —Fede January 8, 2009 I grasp onto the 8 as I move up, around and beyond it, contemplating how it all started and why it had to become something else. It is all I have—the else—in memories, objects, and a number. By design an 8 follows a continuous path, but with each turn another layer covers the previous one, adding more depth, more dimension. Layers—they’re what mountains are made of, and the stories among their peaks, valleys, and paths. Paths—why we choose a particular one or what force keeps us on a path is probably partly a question of physics. Fede loved reading about physics. He had large textbooks that he would take with us on our adventures in the mountains. The law of attraction: like attracts like—driving us to keep moving towards it. What truly brought Fede and me together, in that same space, was our mutual love of the mountains—the driving force for a love affair. The laws of nature and their causes and effects; mementos and moments, and their effects and causes. Most people believe that there is something else, something intangible, unlike the everyday (in)significant objects that we often forget about in search of that else. An object that we choose to hold onto or throw away, to remember or forget—to keep material or make ethereal—a plane ticket, a piece of meat, a cheap sleeping bag, a red hat, a wooden necklace, a cactus, another wooden necklace, and another. These are all parts of the stories that make up the else. Something comes from something else, if we choose to see it, count it as significant, or insignificant: (in)significant, (un)memorable, (un)countable, and (un)forgettable. It's all a choice, like a path taken. It’s a decision—a definition—shaped by experience, like the curves of parentheses: protecting, enclosing, and confining something else. But once the parentheses have been attached, can they ever be removed? Listen and decide for yourself, as I tell it. And walk with me along the 8 path, counting the layers. Let’s start at the beginning, when I chose the path to Aconcagua.

Part I It Begins on a Mountain (After) Thoughts on Paths If you were to know that taking a certain path would lead you to a bicultural love story full of adventure in the mountains—but would eventually change into a story of bicultural grief—would you still take it? I would.

In 2002, Amber Christensen was brutally bitten by a dog while traveling through Argentina. She was forced to change her travel plans, which led her to Aconcagua—the highest mountain in the Southern Hemisphere—where she met a handsome and charming Argentine mountain guide named Fede. After spending only three days together, the two had fallen deeply in love. They embarked upon a bicontinental life together, lit by love and adventure, fraught with challenges, and darkened by senseless tragedy.

After only three years of marriage, Fede was caught in a storm on the summit of the same mountain where their love story had begun. A torturous search and rescue effort ensued, ultimately ending in his death. A video later surfaced which revealed that the rescue attempt had been negligent. In the wake of Fede’s untimely passing, Amber was forced to face the mountain that had both blessed and cursed her life and to find a way to create meaning and purpose from insurmountable loss.

This is a story of love, death, and moving mountains. Christensen recounts her journey of bicultural love and grief, which brings her back again and again to a twisting mountain trail that offers her transformation, transcendence, and an ultimate acceptance: that in any language, culture or moment, comprender la muerte es comprender la vida (to understand death is to understand life).

Amber Christensen is a survivor and founder of the “El Fede” Campanini Foundation, in memory of her husband. It is dedicated to improving mountain rescue on Aconcagua and other commercial climbing areas. She is also a passionate climber, world traveler, and teacher. Christensen resides in Salt Lake City, Utah, where she teaches ESL at the University of Utah.