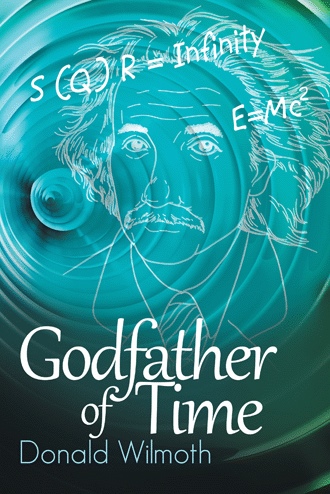 What great hand or being created this universe? Is scripture an account of many great visions of the how, the why, and the purpose? Why a supreme being? Why a time and place of life? What is the true nature of the “Godfathers” who sporadically come to intervene in the course of history to change the very fiber of human thought and destiny? From the beginning of creation, mankind could not comprehend his being and has often gazed in wonderment of the heavens and as the lights of the universe shined in darkness, was in awe of life surrounding him. In deepened thought he could realize the perfect order in which life expressed itself and as I, a boy in the treetops, could feel for a brief moment a part of this perfect order and could sense nature and its synchronized systems from the tiniest flower to the mightiest mountain, everything having its way in time. As the perfect order of life passes through creation, the unseen force of time is seen in all its glory. This force has been the wonderment of mankind as to how life is animated in form and formation and has led man to seek the future and past of his being. As time has led to progress, it also has led man to explore our universe. With the visions of President John F. Kennedy and many others, the space age is well underway venturing us to new horizons and concepts, adding comprehension to old ideas brought to view by the great thinkers of their times. These great thinkers, the Godfathers of time, were the footstools of today’s progress, spiraling man to seek and find. In visions and dreams, they have indeed been represented throughout the history of mankind and his existence. From Genesis through Revelation, old and new, simultaneous events take place. The existence of man and the creation of our universe is today the same as represented in the ageless text of scripture, for its truth remains true in representing past, present, and future as a repeated pattern or cycle, manifesting the continuum of life passing through creation.

This book is the result of communications between the world of spirit and the world of matter. These communications reveal that the cellular metamorphosis of Adam, meaning all mankind, is the effect of the transgression of divine law in the Garden of Eden, a garden of spiritual growth. It encompasses all human forms as original sin and causes man to exist within a dual consciousness. This does indeed explain the deviation from harmony, a broken pattern of the monotype energy force, which reversed the thinking process of our consciousness pertaining to the right and left side of the physical brain. It is identified as the primary impulse that set in motion an endless chain reaction. Our supreme consciousness became partly expressed—or, let us say, veiled in the manifestation, which acknowledged thought only pertaining to personal embodiment, the five physical senses. Medical science does acknowledge the fact that man uses only a portion of the physical brain. The unused portion of the brain deals with the portion of our consciousness that is controlled by spiritual energy and left dormant. The uncontrolled vagaries of energy which were the five physical senses divided and separated the consciousness.

Donald Wilmoth is author of Stepping-Stones in Time, poetry published by Watermark Press. Donald joined the US Navy and served aboard the USS Ptarmigan AM-376. He attended Cerritos College, married Barbara Burtscher, and raised a family of eight. Employed by Downey Unified School District, he retired in 1996. His research in time and consciousness led to communication between dimensions of time. He now lives in Cerritos, California.