Young for Your Own Good 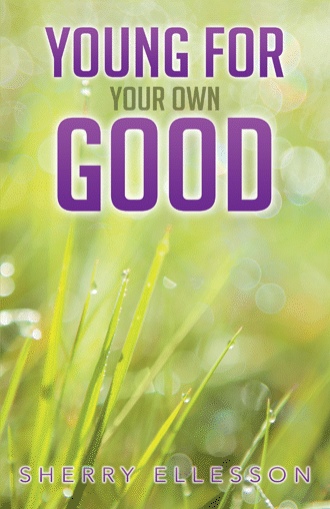 It was not until after the year 2006 when, alone and starting from scratch on my own, did I start reading books about the connection between quantum physics and the relationship between human thought/feeling and the Infinite Field – or The Grid as it’s sometimes called. That’s when I realized what it was I had done in North Carolina, and how I could use it to change my life – albeit in increments that would have to be practiced until they supplanted old beliefs. We often hear that the average person is using only 5-10% of their mental capacity; but what is meant is, we only recognize and “make use” of the conscious mind. The larger giant mind is the subconscious, and while yes, it was largely programmed with a belief soup during those vulnerable, unquestioning first five to six years, we can decide with the smaller conscious mind, to access the giant, examine what its programs are and gently, easily, lovingly persist in thinking and feeling new ways that get us where we want to be – in this case, splashing happily around in the Fountain of Youth.

“It works! Sherry is living proof. Sherry leads us to take the first, second, and more steps to harnessing the ageless wisdom of the mind and body and transforming ourselves into the selves we dream about being. Aging is a state of mind—and you CAN change your mind. Sherry shows us how it can be done.”
- Bryan Sullivan, PhD

“This book provides lessons from the universe that our mothers never taught us—a conscientious journey into the balance of self. A must-read.”

Young for Your Own Good is about freedom. It is a step-by-step guide to stripping away preconceived notions around aging and breaking out of limiting paradigms. Youth is not wasted on the young; it belongs to everyone. This is the story of one woman’s well-researched journey to the Fountain of Youth. Author Sherry Ellesson has cracked the code and invites you in her easy, often humorous style to prove for yourself that agelessness is a process and that personal transformation is attainable.

Sherry Ellesson is a trainer, educator, and holistic wellness advocate who believes in lifelong learning. She has produced numerous articles and illustrations for publication over a span of more than twenty years and confesses to being a research junkie. Sherry lives in central Delaware with a big sheep dog and two ornery cats. In-depth articles and email access are available at her website, www.healthnutliving.com.