Reconciliation with the Past in Order to Move Forward 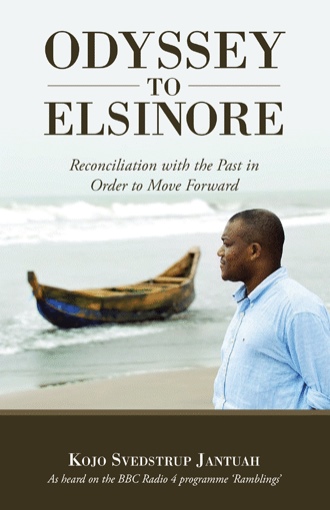 In this extraordinary true story, Kojo Svedstrup Jantuah recounts his epic quest for identity and reconciliation with the past, following a hunch concerning his Scandinavian ancestors through six generations. The serendipitous journey leads him across continents and through the unforgiving central Sahara Desert on barefoot, and from Ghana to discover in Denmark that our real identity equals oneness. This memoir stands with Alex Haley’s Roots, Paolo Coelho’s The Alchemist, and Hermann Hesse’s Siddhartha.

Kojo Svedstrup Jantuah spent his early years in Tel Aviv, Israel, where his parents were on a Ghanaian diplomatic tour of duty. He read law at Leicester De Montfort School of Law, UK, and holds an MA in diplomatic studies from the Diplomatic Academy of London (University of Westminster). He is an alumnus of Goodenough College. Kojo crossed the Sahara Desert from West Africa to North Africa and entered Europe legally by air – one of the few Africans to achieve this feat. He was featured around the Utterslev Mose on the BBC Radio 4 programme Ramblings in northwest Copenhagen, Denmark, the first time the programme went abroad.