The Connection of Sexuality and Spirituality 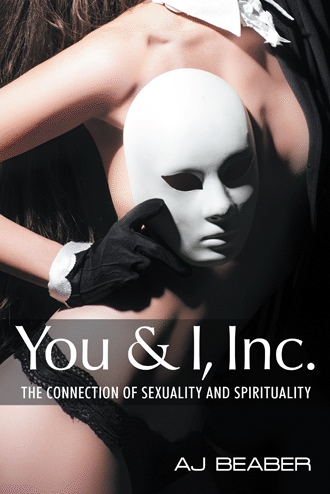 The moment struck me as completely ironic. Three years later, there I was, a divorced, single woman sitting alone on a loveseat. Shaking my head, I laughed to myself, the cup of coffee in my hands too hot to drink. So much had changed over the last three years.

I was now living in a one-bedroom loft in the city. The wounds of the divorce were still fresh enough to cause daily pain, yet far enough removed to provide hope for my future. Still, anger and bitterness frequently filled my thoughts while I pressed forward with the daily grind of life.

Taking a sip of my hazelnut-flavored bliss, cool enough now to taste, I gazed out at the skyline towering outside my apartment window. A bird flitted by. I began to reminisce on how far I had come in the healing process.

I could only handle so many years of Richard’s lies, manipulations, infidelities, and multitudes of broken promises. The hopes and dreams I had of “happily ever after” were crushed each time I believed he would change and return to the man I fell in love with. There came a breaking point in our relationship when I had to ask myself, “Am I better off with him or without him?”

After the separation, we attempted counseling to try to work out our differences. But then I discovered the massive debts he had rung up and never disclosed. I was on the hook for nearly twenty thousand dollars with only two options: declare bankruptcy or work my ass off to eliminate the debt. That was the last straw, helping me realize the answer to my own question: I was better off without the drama, the constant promises of change, and, in the end, without him.

We divorced quietly, without lawyers, each signing the papers one year ago to the day.

My thoughts shifted back to the night of the company party and how I caught him in a series of lies when he failed to come home. I remembered his text: “Got drunk. Sleeping over at a buddy’s pad. Home in the a.m.”

Her words had haunted me for three years. Thinking back to Madame’s question, I still had no idea what my desired world was. I thought what I wanted was the same as what I desired and had attained in nearly seven years of marriage to Richard. So how could I ever really know what I want? And what was the point anyway? All it did was make me miserable thinking of wanting something I didn’t know how to get.

It is hard not to hold on to anger or look at things in a punitive manner. At times, I find myself watching happy couples around me and secretly wishing that another woman would come into their lives, seduce the husband, and destroy the marriage so she too could feel my pain.

That fantasy ends almost as soon as it begins as I ponder the reality of the downward spiral negativity can take a person on. Maybe this justified my own actions: to feel less pain by knowing other women had gone through or were going through the same situation. This is sad, really sad, I thought.

During all of this stress and upheaval, I couldn’t help but wonder where my childhood friend Patty was. Several times over the last three years, I would call out to her, hoping she would appear. Occasionally I would talk to her as if she were sitting next to me, again hoping it would prompt her arrival. But she never came. I felt very lonely and isolated with the knowledge that, as an adult with marital troubles of my own, my connection to her was lost.

Something definitely needed to change. And if my best childhood friend wasn’t going to show herself and help me, then damn it, it was time to take action on my own and get out of this funk. I was tired of the pain, the misery, and the blame. It was time to get over the emotion and look at things more logically. My emotions were obviously not to be trusted, as I found myself spending days vacillating between crying fits over what could have been to screaming at males as a species for all being pig-headed jerks.

So much of my time had been spent beating myself up over my uncontrolled emotions that I found myself seeking a physician to prescribe antidepressants, hoping they would help create a bridge to future happiness. I remember friends telling me that a divorce was tantamount to the death of a parent or sibling. This justified the use of drugs, in my mind.

Secretly, I spent night after night wishing Richard would die, keeping me from having to go through a divorce. I knew this was a horrific thought. But the pain and suffering he had caused … it can do strange things to one’s mind.

I had become one with Richard the moment he first penetrated me. Since that experience, we were so connected I couldn’t remember how free my soul was before we met. I truly understood the analogy of two becoming one in a marriage, not only from the magnetic energy the physical act lovemaking creates, but also from how our hearts, our souls, our hopes and our dreams, had formed solidarity, a union.

Trying to detach myself from years of being as one was like hell on Earth; one of the most painful experiences I had ever encountered. After a year of divorce recovery classes, counseling, and a slew of “I hate men” sessions over wine and cheese with girlfriends, I came to the realization that I could not trust a man to care for my heart, my soul, and, especially, my body.

I had to learn to love myself before I could love again. Certainly, I knew that. But trust? Never again would a man get that.

The saying goes, “If at first you don’t succeed, try, try again.” No way! Not if it results in this type of pain! I doubted I would ever trust another man, form a relationship, and, God forbid, remarry. The more stories I heard of unfaithful men around me, the more I burned with anger and made it my resolute mission to make sure these men paid for the hurt they caused women.

Why do men do this? I constantly pondered. Why do they feel it necessary to take a lover? Was it just for sex? Sex—those three simple letters that seemingly consume the minds of all conscious human beings. I began to resent the thought of sex. Not that the act was bad, but it had been used as a weapon of mass destruction in relationships all around me.

I imagined what it would be like to live in a world where sex isn’t a part of the equation. Somehow, in that world, life is conceived in test tubes and no one ever knows what the act of sex is or misses it because it has never been part of the game. What would relationships be like without it? Was it all some big cosmic game where God sits above saying, “Okay, let’s see who survives this battle today,” as He laughs hysterically at His creations? The thought made me cringe.

Personally, it is easier not to play the game. I do not need sex to survive. Social Internet dating became my pastime. There I could privately get to know someone online before deciding to meet him and bare my heart and soul.

When a man and I shared common interests, I would then agree to meet him for a live date. Once I felt that warming sensation of attraction between us, I would stop the relationship from going any further than a good-night kiss. I’d be a liar if I said I didn’t enjoy the attention from those men. It was the chase to the bedroom that sickened me—watching the man willingly spend his hard-earned money and time, hoping to receive some kind of sexual favor.

No. I could not be bought for any price.

I would enjoy watching the men leave, obviously

“As your desire is, so is your will.

As your will is, so is your deed.

As your deed is, so is your destiny.”

The words printed on the back of the business card sent a chill through Lenea’s body, causing her to question what it is she desires most in life: a partner. But how could this be her destiny when she doesn’t trust men? The answer awaits in an erotically mysterious dance studio, where a broken-hearted yet hopeful Lenea joins a group of like-minded women who are taught that any desire they have can be realized through dance lessons, an intriguing objective.

Things start to go awry when Lenea discovers the studio is haunted by a spirit of the past—when the building once served as a brothel in the late 1800’s. She grasps for a hold on reality as she seeks to understand the connection between the supernatural occurrences and her growing relationship with an incredibly hot, talented artist who seems to have caught the eye of more than just Lenea.

Ultimately the navigation through her rock-strewn journey leads to her own sexual awakening, and the truth about the one thing she believes matters most in a partnership: trust.

In her debut novel, AJ Beaber reveals her discovery of the link between sexuality and spirituality. An author and public speaker, she shares her message of tapping into this unseen energy source and discovering life’s limitless possibilities. She lives with her husband and children in metropolitan Denver.