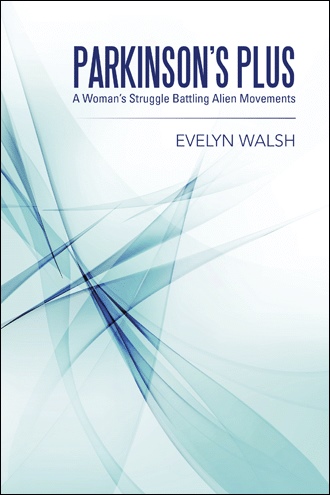 When Evelyn Walsh was diagnosed with Early Onset Parkinson’s Plus, her world came screeching to a halt.

She suddenly found everything she valued the most was being taken away—her freedom, her health, and her confidence. As things got worse, she thought the unthinkable: Might she even lose her ability to communicate?

Her left arm would constantly engage in alien movements; it had a mind of its own. She injured herself on multiple occasions, and would often think about strapping the arm down so she wouldn’t have to deal with its unwelcome consequences.

In this honest account, she shares her feelings about being diagnosed as well as the problems she faced, how she overcame some of them, and how she learned to accept others. She also shares what she’s learned about Corticobasal Degeneration, which was deemed the most likely cause of many of her issues.

Whether you’re seeking to learn from someone who’s also battling Parkinson’s, want to support a loved one who’s coping with the disease, or want to understand the complicated health issues associated with the condition, you’ll discover important truths in Parkinson’s Plus.

Evelyn Walsh was enjoying a simple life and good health on an Australian farm when she was diagnosed with Early Onset Parkinson’s Plus, which turned her life upside down.