The Gentleman from Budapest 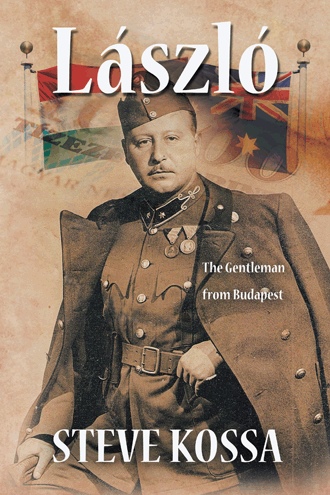 “What doesn’t kill us makes us stronger.” Frederich Nietzsche

Although the topic of Hungarians in forced labour camps in the Soviet Union post WW2 was not detailed until after the fall of communism, it appears that an estimated number of 600,000 Hungarians were captured…(one third civilians). Of these, about 200,000 perished either in transit or due to adverse or severe living and working conditions at work camps and gulags.

The removal of prisoners of war and civilians commenced in November 1944. An uncertain number of Hungarians were deported from Transylvania, accused by Romanians of being partisans, then in 1945 there was a“degermanisation” campaign and all Hungarians with German sounding names were taken by the Soviets in compliance with Soviet order 7161. The rounding up and removal of people was referred to colloquially as málenkij robot, from the Russian malenkaya rabota…translating to “little work”.

After the battle of Budapest, POW’s were taken, and to make up numbers, some 100,000 civilians were added. Then, one or two months later, a second wave of deportations commenced and quotas for each region were required to be filled.

It was the spring of 1946 that Soviet soldiers came to where we were living in the early hours of the morning, and took László into custody. He, together with about 40 other people that night, was thrown into a prison holding cell that was barely large enough to hold 10 people. Men and women were in the same confined space, and there were no toilet facilities. It was degrading and highly embarrassing when detainees needed to answer the call of nature. A space was reserved in the corner for defecation, and the occupants of the cell would try to face the other way and pretend that they were unaware of proceedings as discreetly as possible. It was of no use to complain, for it fell on deaf ears.

It was the afternoon of the next day that László was convicted by the 40th Red Army Court, on the basis of Soviet civil law, although he was in his own country of Hungary. He was accused of “Anti-Soviet activities.”

László, who had held rank and was an officer in the Hungarian army, serving as a medic, fell into the third group of those to be deported. He was a former soldier who had served in occupation forces in Soviet territory, and was outspoken post war against Communism and Russian occupation of Hungary. He held strong conservative, liberal political views. For this he was captured together with some high ranked officials and non-leftist politicians in April 1946, jailed, and sentenced to a gulag camp (rather than a GUPVI camp “somewhere” in Russia. My mother told me some years later that my sister was conceived just prior to László’s incarceration and it was a heartbreaking time for her. For László it was a soul destroying experience.

When I was a teenager Dad would tell me about his life and experiences. I found it fascinating, and constantly quizzed him. He revealed detailed accounts of aspects of his life, and to me it seemed like an adventure story. I could never determine just which parts were factual and which parts were embellished, but when I saw the emotion and the anguish in his face, I just knew that what I was hearing was true!

“About 500 people were herded onto railway cattle wagons. We wore the clothes that we were arrested in, and had only standing space. Fortunately I managed to secure a spot against the timber side of the wagon and had somewhere against which to lean.” László said.

There were an estimated 2000 camps and to this time not all have been identified….about 44 in Azerbaijan, 158 in the Baltic States, 131 in Belarus, 119 in Northern Russia, 627 in Central Russia, 276 in the Ural mountains, 64 in Siberia, and 53 near Leningrad. László was transported to a gulag camp somewhere in Central Russia.

László had many friends and a few enemies. He was certain that an ex business rival by the name of Lajos had acted as an informant and dobbed him in as a “class enemy”. Lajos was according to my father, a weasel of a man...thin, devious, and always taking advantages over the misfortunes that others experienced. The man was openly anti Jewish and was a bigot.

László: Th e Gentleman from Budapest is the stirring biography of author Steve Kossa’s father, who was born into a well-to-do family at the beginning of the twentieth century in Budapest, Hungary. Tracing László’s life, this story chronicles the ways in which the monumental events of that era transformed his path. The Great Depression, currency devaluation and inflation, the world wars, the Holocaust, communism and Russian occupation, imprisonment in gulags, escape, refugee status, and the family’s relocation as displaced persons all played parts in his harrowing life experiences.

His life as a “new Australian” started in migrant camps in the outback of New South Wales. From here László eventually moved to Sydney and then to Hobart with his family. Although he was trained as a chemist, he worked in all manner of employment in order to provide for his family in their adopted country. Later, entrepreneurial business ventures followed as he attempted to make up for all that he had lost of his past life in Hungary.

László: Th e Gentleman from Budapest vividly recounts the challenges that the author’s father faced as his world crumbled around him in Hungary and he sought and later built a new life for his family in Australia.

Steve Kossa was born in Budapest during World War II. His family escaped communist Russia–occupied Hungary in 1948; then as displaced persons fleeing war-torn Europe, they relocated to Australia as refugees. He was educated in Australia and the United States. Now a retired teacher and academic living in Tasmania, he is proud to call Australia his country.