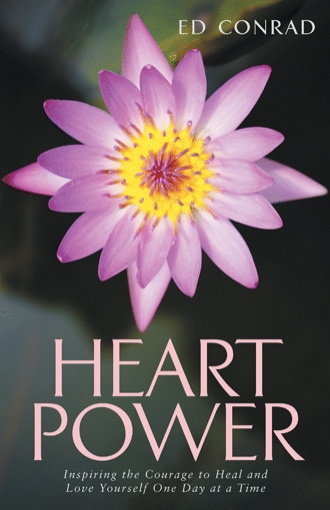 There is great heart in this world.

In September 2005, thousands of members of our human tribe were devastated. They lived in the lower ninth ward of New Orleans. Soon after, I found myself volunteering in a relief shelter serving food to these homeless Hurricane Katrina survivors who had been bussed 500 miles to Ft Worth, Texas

There was one particular woman I’ll never forget. Her name was Lucinda. She had become separated from her three children in the chaos of the hurricane’s aftermath. She didn’t know where they had been taken. Nothing was left. All things of her former life were left to rot in the storm waters. With nothing and no place to go, she was put on a bus bound for Texas. For the week or so that I served meals, each time I served Lucinda she would always show a caring smile and say, “Thank you. You’re beautiful.

Eventually one day I went and sat next to Lucinda in the shelter dining area and she told me her story. Diabetic and heavily overweight, she openly shared about scraping a life together as a single mom of three children. Then came the retelling of the terror and hurricane force winds and rising waters in her home and the frightening separation from her children who had been staying at a friends when the hurricane hit. She then did a graceful pirouette and asked me about my life and if I was happy. She was genuinely asking me, this guy she just met who was well cared for, how I was doing?! Oh my! When I got up to leave, once again came the words, “Thank you. You’re beautiful.

I don’t know what eventually happened to her or her children. Tears well up every time I remember Lucinda’s beautiful Spirit. Even in the midst of devastation, the Spirit within certain souls is astonishing. May this Spirit rise in powerful and truly helpful ways for anyone among us who is experiencing great loss.

One of the great cathedrals of the world stands on a hill in Chartres, France. Having visited this holy site, I can attest to the following words from Amberly Polidor: “People come for inspiration, beauty, God, or all three...The design of the cathedral involved sacred geometry, the use of numbers, angles, and shapes that mirror the principles the faithful believe God used in creating the universe.” This great cathedral stands on a spot that for millennia has been considered sacred...pilgrims have traveled to this place since before the time of Jesus.

A long-time friend recently reminded me of walks I used to take with her through Escalante Canyon in western Colorado especially in the spring when wildflowers were blooming amidst the ancient petroglyphs, giant red rocks and vast blue sky. Everywhere you looked there was evidence of sacred geometry like the hands of a great potter had mastered the art of rock creation. Yes, this was and still is a cathedral, a holy place. I could feel God there just as I'm sure the ancient petroglyph artists had experienced 15 centuries ago.

The first time I walked the McKenzie River Trail near Eugene, Oregon was breathtaking. Giant fir and hemlock trees breathed their way into my being as the waters of the river echoed their healing presence all around me. This too is a cathedral. Admiring the great trees standing still and silent amidst the ever present flow of hydro power is a divinely healing contrast.

Each one of us is a cathedral. The root of the word cathedral means “seat.” In the medieval Catholic church a cathedral was where there was a throne or seat of a bishop...someone who was deemed to have power and be nearer to God.

These many hundreds of years later, we realize that the seat of God lies in everyone, the cathedral of soul and body. Once discovered, it is awe-inspiring. Yes, each of us is the embodiment of sacred geometry and the numbers, angles and shapes that mirror the creation of the universe. Appreciate and be in awe of the wonder that you are. You have been billions of years in the making.

Rather than attempting to engage the reader in more mental exercises, the wisdom and inspiration in this daily companion book is designed to uncover something far more powerful. Through personal stories infused with honest, bold, and sometimes humorous reflections, the author invites us to awaken and energize our greatest inner resource—the power of the inner heart. Not only does he draw upon his personal experience, practice, research, and vulnerabilities in crafting these daily pieces of wisdom, he also draws from the well of renowned spiritual teachers and ageless wisdom traditions.

Day by day, each writing stands on its own as a love offering created to inspire as well as support the dismantling of our personal fears. When included as part of daily spiritual practice, Heart Power is likely to awaken the sleeping giants of tangible courage, spiritual healing, creative energy, and ongoing loving, compassionate connection with ourselves and our companions. Simple, but potent, heart-centered daily practices are provided to help with this personal and spiritual restoration. In this one-of-a-kind daybook, the power and wisdom of the inner heart comes of age.

Ed Conrad has served as a spiritual leader in communities across the U.S. He is the founding minister of Columbine Spiritual Center in Boulder, Colorado, and Unity in the Heart in St. Paul, Minnesota. His in-depth, forty year spiritual inquiry and unique set of life experiences have forged his passion to share with the world the expansive and healing power of living a heart-centered life. This he does through his writing, speaking, and teaching. Ed resides in Grand Junction, Colorado, enjoying the canyons, mountains, and inspiring vistas nearby.