When the Universe Called 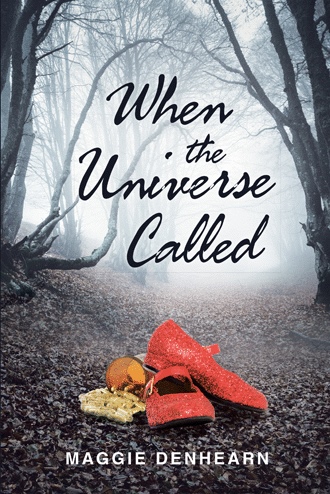 It was in the way she made him a cup of tea that Maria suddenly realized that her husband, Luke, and Charlotte were having an affair. It wasn’t anything tangible that she could put her finger on or that would make sense if she tried to explain it to anyone else. He and Charlotte were work colleagues, so it was conceivable she would know how Luke took his tea. But it wasn’t that. It was something in her manner, the familiarity with which she went about a task so mundane that most of us would barely notice the ritual. Yet Maria did. It was her job as director of communications for Mayor Andy McDowell to notice human behavior, the minute details that would give him the edge over his opponents. The slightest flicker in the eye or change of expression could reveal a lie or a weakness. She could read people. And it was something in Charlotte’s coy smile and the way, with her head slightly tilted downward, she glanced up at Luke, her face ever so lightly flushed, that gave them away. Luke in turn smiled with his eyes as he took the cup from her with the same look of affection that he used to give Maria, but which she hadn’t experienced for a good while now. Like a memory resurfacing from long ago, that look reminded her of how long that affection had been missing between her and her husband.

At that moment it all became crystal clear to Maria. The late night phone calls, the going out at all times of the evening—it could only mean one thing. Luke had been behaving oddly for months. How had this not occurred to her before now? Maria had stopped asking him where he was going and what he was up to. Inquiring inevitably led to conflict neither of them were any good at navigating. She had assumed he was preoccupied with work and had been too caught up in her own to give it further consideration. He had never been forthcoming about his job, so the fact he hadn’t been confiding in her about it when something was up did not seem any different than usual. The evidence before her of having completely misjudged the situation was now irrefutable. The realization that he had been cheating on her came like a swift blow to her stomach, and she had to stop herself from bending forward and gasping. Numbness overtook her, her whole body losing sensation. She nearly dropped her cup of tea, no longer able to feel it in her fingers. Very slowly placing the cup on the countertop, she used both hands to steady herself on the kitchen sideboard. The sudden rage she felt was a paralyzing force. In her mind she was shouting and screaming at them both, hurling the tea across the room and sending a wind of fury whirling around the kitchen. But she was unable to move.

Maria began to scan her memory for other signs in their marital life that were more profound, more indicative of infidelity, but she could honestly say, at least at the level of her conscious mind, that she had not until that moment even conceived of the idea that Luke might be unfaithful. Indeed, if someone had asked her about anything that might possibly jeopardize their relationship, she had always thought that an affair would be the least likely for either of them. Yet how could she have been so blind? She had been so convinced that it was just worries at work that were causing him to be distant that she’d not stopped to entertain other possibilities. Now she reflected, his edginess seemed to have started around the same time the car started appearing. Always parked in the shadows a little way down the street, it was black or dark blue, one of those cars designed to be inconspicuous. The windows were tinted, so it was impossible to see who was in it. She wasn’t quite sure what had prompted her to notice it, but it would appear at the most peculiar times. It didn’t belong to a neighbor. She’d checked. Maria had taken to surreptitiously looking out of the bedroom window every now and then when she was home to see if it was there. She’d mentioned it to Luke one time, but he had dismissed her concerns about their being watched, had told her she was being paranoid. Had Charlotte been spying on them? Was she stalking him? Maria had never actually seen Luke get into the car. It wasn’t for want of peering out of the window when he went out on some pretext or other. It had to be her. Maria felt queasy and like a complete and utter fool. She, who prided herself on her ability to evaluate other people, could not even read her own husband. The jarring sound of a metal spoon dropping onto the stone kitchen floor jolted her out of her thoughts, and she glanced quickly at Luke and Charlotte. No tender looks were being exchanged, no furtive smiles, and yet, there it was, an unmistakable connection. It was as though they had a neon sign above their heads flashing We’re Having Sex.

What would life be like if we could manifest anything we wanted? When the Universe Called shows us the infinite possibilities of the universe, when we tap into our innate inner guidance system and harness the power of the Law of Attraction. In Maggie Denhearn’s compelling debut novel, corporate corruption and conspiracy theory meet metaphysics and romance, over endless cups of tea. The lines of reality start to curve as she takes us through the twists and turns of this quirky mystery. The inner worlds of the characters are juxtaposed against the material world of corruption and political intrigue and beyond, to the limitless possibilities of the universe. Guided by Brina, the intriguing local coffee-shop owner, with her disconcerting ability to be able to know what you’re thinking, five Vancouver Island women learn just what can be achieved when you trust your inner self enough to use the power of thought and the love of the universe.

Born in England, Maggie Denhearn fled back to Canada (for the second time) after an alarming adventure in “love.” Bolstered by her view of the Salish Sea, supported by her family and small dog, Maggie has boldly embarked upon her dream of becoming a writer.