How May I Serve 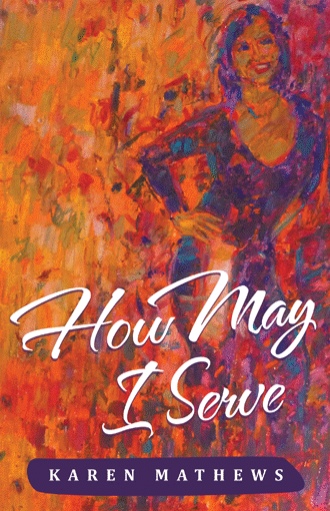 I had in one sense this beautiful life of traveling, seeing the world, educated parents who believed in striving to discover the diversity of the world. I Grew up without prejudice, was taught manners and respect for our earth. I saw the finer things in life, stayed in four star hotels at times, ate some of the best cuisine from around the world. I was exposed to people who were scholars and listened to stimulating conversations and then on the flip side, had this dysfunctional life in a small town that was not very progressive. Where did I fit in? My parents did the best job that they knew how, in raising my brother and me, I truly know this now. They were torn between worlds too. They didn’t know how to reach out and ask for help. There wasn’t a Barnes and Nobles or and Amazon.com to look for books in personal development. This was a time of massive change. Everything was between worlds. The atom was dropped on Hiroshima and Nagasaki. Tens of thousands of people were killed. The war never ended, it just changed location. The nuclear family was being birthed. Einstein formula of his life changing equation E=Mc2 was still being understood to its fullest potential. Quantum physics was still baffling the most brilliant scientists. Questions like how can electrons acts as a particle and a wave at the same time were being pondered. String theory, worm holes. Psychedelic drugs, revolution in the streets, the equal right movement, were all rising. We were discovering our true nature and yet moving further away from it. The music was reflecting the unrest in the air and deep soulful lyrics of the times was creating provocative questions as to why and what we are doing to each other, and the world.

How May I Serve is a guide to empower women who are struggling to find a way out of their troubles. I have tortured and abused myself for many years trying to find love, happiness, and peace of mind—yet, the more I sought these things, the more they eluded me. Then, I realized that it was an “inside” job. I had to learn to love myself, forgive myself, and make peace with myself. So many women have been brought up with limiting beliefs about themselves from childhood. From the time I was conceived, I was an unwanted pregnancy. From the deep recesses of my subconscious mind, I programmed a tape of being unloved and unlovable. I acted and attracted circumstance after circumstance to validate this belief. I played the victim role very well. I did not know how to get out of my own way. The more I avoided looking at the cause of the problems, however, the worse they got. I hit my bottom upon finding out that my oldest daughter had a heroin addiction. This brought everything full circle. In order to save her, I had to change myself.

The author has traveled extensively around the world to find her purpose in life. She has learned and discovered that the answers were inside her all along. If she stays present in the moment, serves others, and learns from her failures, the answers will reveal themselves. Karen is an empowerment coach, teaching people the laws of the natural world. She also practices reflexology, teaches Nia dance, gardens, and loves to take long walks. She also still travels the world. The greatest significance she can offer humanity is to serve and give her best—to shed light and give value to the world gives her great joy.