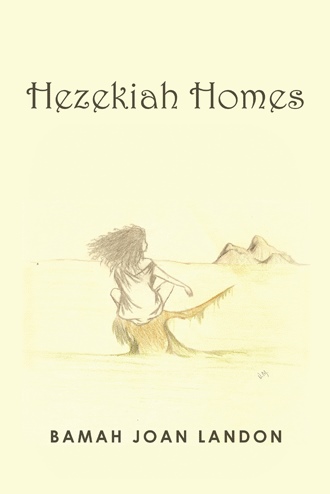 I believe that even when you are not aware of Him, God is working daily in our lives bringing Hope, Love and Faith to us all. Even when we are not aware that we need Him, He is there getting ready to catch us when we fall. I always thought I would write a book about this experience. A spiritual book based on the days prior to my daughter’s automobile accident and the days and years that have followed; However, I have never fancied myself as an author and never thought I could compose my thoughts well enough on paper to get them published. I have kept these experiences to myself partly because I didn’t know how to share them, but mainly because I was afraid people would think I was crazy. I am sure some who read this might still think I have lost my mind, or that maybe I smoked something I shouldn’t have. I am also equally sure that there will be those who will read this and will conjure up excuses and alternative reasons for what I have experienced. There are those who will never believe it was spiritual, or that God was giving me an insight. The truth is, prior to my experiences I would have agreed with them. I had heard of people who claimed they had a “vision” or what is better known as precognition: to be able to see what was coming in their future long before it happened. I had heard of people who were clairvoyant, and I thought of them as being “weird” or that maybe they were scam artists claiming to have the ability to give a person an insight into their future so they could swindle their money out of them. After all; as far back as I can remember I was taught that only God knows what the future holds. It took me a long time to rationalize what occurred to me in my kitchen and to admit that I had a rare experience given to me, a gift that, of course, I didn’t see as a gift for a long time. It is true; God is the only one that knows what our futures will bring us, but I also now believe that if he so chooses he can give us a glimpse into our lives, either through our own eyes or those of another. For me, it all started with one very hot day in July,1994 on the Eastern Shore of Virginia, and Chincoteague Island

In this book, a mother recounts the tragic accident that left her daughter with a severe brain injury. It is through these events that a heartwarming, eye-opening spiritual journey began that would not only bring her clarity about events that began to unfold around her weeks before her daughter’s accident occurred, but would also answer a lifelong mystery that has always plagued her: was God actually listening to her prayers? You will laugh, cry, and feel her frustration as she takes this journey, finally uncovering the truth!

Bamah Joan Martin was born on June 11, 1952, in Newport News, Virginia. She grew up in the Hampton and Grafton area of York County until the age of sixteen, when she relocated to the Eastern Shore with her parents. Better known as Joan among her acquaintances, she attended Buckroe Beach High School before her move to the shore, where she then attended Atlantic High School. In 1980, she moved with her husband and three young daughters to Elizabethtown, Kentucky, where she completed her education at the Ft. Knox Education Center.

In 1984 she returned to the Eastern Shore and Chincoteague Island with her three girls and continued her education with various computer classes, along with a few courses at the Eastern Shore Community College. Mrs. Landon was employed by a government contractor before successfully winning a bid to own and operate a catering business on the NASA facility where she was employed following her daughter’s accident.

It is her hope that through this book, others who have or are currently experiencing their own tragedy or struggling to understand their own spiritual confusion will know they are not alone, and may find a little truth in their own life by the words she has written.

She was married in 1988 to William Landon; they continue to live on the shore and care for her daughter, Michele.

You may correspond with the author via e-mail at bamahjay@gmail.com.