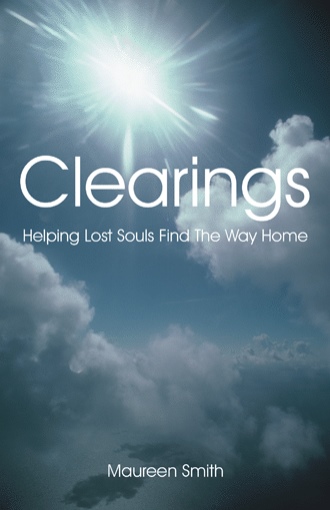 I have come to understand that pushing explorations to the edge is what makes life interesting for me. And so it is no surprise that soon after I began studying hypnotherapy, I had myself signed up for a seminar on past life regression and this thing they called spirit release. Thanks to Brian L. Weiss, M.D., past life regression is a household word these days. Also a wonderful tool for a hypnotherapist to have, and I wanted it. We were going to learn the basics. I soaked them up like a sponge. Then came the not-so-familiar training in spirit release. As Dorothy Tyo, the director of the Palo Alto School of Hypnotherapy, Palo Alto, California, and instructor for the class, began describing the tell-tale signs indicating one might have a hanger-on from the spirit world, I found myself sliding down in my chair and doing my best to become invisible. Strange and unexpected for someone whose idea of a good time is trying far-out stuff. Typical of someone with an attached entity. Dorothy had been scanning the room for reactions to her list of indicators and right away zeroed in on my attempt to look very, very small. Hardly there at all. My heart headed straight for my gut when she called my name. I looked around to see if maybe she was talking to someone else. No such luck. She dropped me into a light trance in her efficient way and we began. The question “Is there anyone there who is not a part of Maureen?” caused the strangest sensation of somebody sliding around inside of me, maybe just under my skin. That somebody was not pleased to be discovered. Dorothy didn’t care. She waited for it to respond. And it talked to her! Using my voice. It had its own set of feelings, its own point of view. It’s own name: John. The first thing John had to say, “It was an accident!” I had the vague image of a shotgun and a clear impression that our friend John had been playing with a gun when things went wrong. Dorothy gently told him nobody blamed him. She asked him how he liked being inside of me. She got a frustrated, “She won’t do what I say!” I had a sudden flash that the back and forth I had going on in my head since I was small was not myself I had been arguing with. It was John. Cranky, pissed-at-the-world John. Dorothy asked him if he would like to have a body of his own again. I felt him imagining the pleasure of having a body under his total control. No argument there. He wanted one! She asked him to look up. I had the sensation of looking up to the ceiling and seeing, with my eyes shut, a blinding light. So bright that it hurt my eyes. Profiled in the light stood a figure with its arms outstretched. John sobbed out, “Father!” I felt him reaching out. Then he and the light were gone. I felt lighter, clearer. In the coming days, that lightness remained. My passion for my collection of cowboy boots, however, seemed to have vanished. I maintain the possibility that John the cowboy had, in this at least, gotten his way.So began my new life as a facilitator of lost souls looking to find the way home. I consider the intensity of the experience of John’s release a real gift. I felt his confusion and frustration. I saw the light that opened for him. I witnessed his surprise and relief at recognizing his father. I recognized the burden he had created for me. A heaviness of spirit, and a sensation of carrying some unidentified weight. I share in this book the discoveries, the insights that have been mine over the more than fifteen years I have done this work. The intention is to offer an expanded understanding of what has been seriously misunderstood. To bring compassion into the picture. And hope for the ones who may be carrying a burden that has nothing to do with who they are.

What if you were told a discarnate entity is siphoning energy from you, or that an extraterrestrial has taken up residence in your energy field, or that the anger and despair isn’t coming from you but from a dark being milking your emotions to feed its network, or that you are missing a piece of your heart. Would you believe it?A surprising number of people have become hosts for unseen beings that burrow into their energy body. Embedded in levels of awareness that are too deep to notice, these intruders drain energy, create interference and confusion, disrupt lives. Many are lost souls; some are entities with harmful intent. Maureen Smith, master hypnotherapist and gifted healer:• shares fifteen years of experiences with lost souls and the humans they occupy;• shines light on the hidden causes for what is not right in people’s lives;• offers an avenue to reclaim what has been lost, heal hearts and unburden spirits.Come peel back the thin layer that separates what we know for sure and the wider world of spirit, and you may do more than enjoy the ride—you may encounter a new way to heal.

For over fifteen years, author and master hypnotherapist Maureen Smith has practiced the healing art of freeing clients from the unknown burdens they carry. Earlier career explorations include four years as a member of a religious community, kindergarten teacher, Avon representative, and stock broker. She has also been graced to be the mother of two, an education in itself. Maureen has been a practitioner of the Awakening The Light Body meditation process for over twenty years and uses it as a foundation for her healing work. Maureen is the author of two self-help books, Full Tilt Living and The ABC’s Of Full Tilt Living.Maureen makes her home with her husband in San Francisco, California. She can be contacted through her website at www.clearings.org.