Relief for Parents, A Guide for Clinicians and Teachers 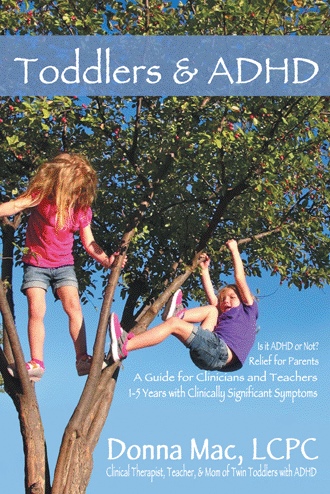 Do you ever hear parents use these excuses? • “It’s the whacky 1’s.” • "It's the terrible 2's.” • “It’s the troublesome 3's.” • “It’s the fudgesicle 4's." • "Boys will be boys.” • “She’s just going through a difficult phase.” • “It’s just sibling rivalry. It’s normal.” Attention Deficit Hyperactivity Disorder (ADHD) is widely under-diagnosed in our country (Albala, et al. 2010). Some parents frequently use these excuses listed, normalizing their toddler’s behavior. However, these parents might actually have a toddler with a diagnosable and treatable disorder of ADHD, but they just don’t know it! These undiagnosed toddlers will struggle with changing their behavior, even if the parent uses consistent behavior modification techniques. Once a parent learns behavior strategies specifically for ADHD, lives can begin to improve! The toddler can make even more significant strides if they also receive therapeutic services, proper interventions at school, and/or take medication. A combination of these treatment techniques can significantly reduce the toddler’s stress level, subsequently, reducing the parents' stress levels, which in turn can improve family functioning back to a baseline level. Some relief might be possible in the near future! ADHD is also widely over-diagnosed in this country (Albala, et al. 2010), and as a mental health community, that must change so children, especially toddlers, are not unnecessarily put on medication. Do you hear parents say their toddler "might have" or "must have" ADHD because their toddler: o "Is hyper." o “Moves around all the time.” o “Does not pay attention.” o “Does not follow directions.” o “Is irritable.” o “Is loud.” o “Is impulsive.” o “Fights with their siblings.” o “Talks excessively.” o “Refuses and acts out.” o “Switches activities quickly.” o “Touches everything in the store.” o “Tantrums excessively.” The toddler may be expressing “normal variations of temperament-this is perhaps the most common condition that is misdiagnosed as ADHD,” (Albala, et al. 2010, 185). Since a toddler’s range of “normal” emotional expression and behavior spans a wide range, the child might actually simply be a typically developing toddler! “Because most young children are energetic and have short attention spans, behavior must be evaluated in terms of developmental norms,” (Rider and Sigelman 2006, 467). It’s important to note that just because the behaviors listed here can fall within normal limits, this does not mean these behaviors are always acceptable. A typical toddler who occasionally demonstrates inappropriate actions can modify their behavior with specific parenting techniques. To throw a curve ball, there are other circumstances that might occur in a toddler’s life that can produce symptoms that mimic ADHD. This means the child does not necessarily have a neurodevelopmental disorder at all, but it means they are actually exhibiting a normalized response to a situation or an extreme stressor. For instance, if a child is missing their grandparent who passed away recently, they may externalize those feelings. During this time, they might benefit from additional external structure to help them regulate their internal stress, but they don’t need ADHD medication! There are plenty of other types of situations that occur within a child’s life that will make it seem like they have ADHD even though they don’t, and these will need to be addressed through specific medical, therapeutic, or parental interventions. To throw yet another curve ball, symptoms of other mental health disorders can overlap with ADHD’s symptoms, so toddler may not have ADHD but a different mental health condition all together. If a child does not actually have ADHD, obviously they do not need ADHD medication; this type of medication will exacerbate their symptoms, making life even more of a struggle for them. Finally, it’s important to remember toddlers are not meant to be “mini adults.” They are much different than even elementary aged children, so there are some situations where parents simply have to lower their expectations of what their toddler can and should be able to do. Because of situations like this, many young children, boys in particular, are misdiagnosed with ADHD. If parents, teachers, and clinicians do not understand their brains, then they cannot help them deal with their natural tendencies (Gurian 2001). 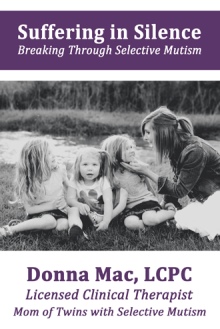 Is your toddler going through the "whacky one's," "terrible two's," "troublesome three's," or "fudgesicle four's/five’s?" Or could their behavior be something more? ADHD is a genetic condition that usually has an onset prior to the age of 4. It presents with hyperactivity, impulsivity, inattentiveness, irritability, and aggression. Due to the fact that all toddlers show some “ADHD behavior,” it’s challenging to discern if behvior falls “within normal limits” or if it is “clinically significant.” Learn the distinction. Toddlers & ADHD shares the latest research on the diagnosis and the treatment of 1-5 year olds with this condition. The goal is to reduce the child’s ineffective symptoms, which will subsequently lessen the stress level of the entire family unit. Therefore, you will learn parenting strategies specifically for a toddler with ADHD, and you will also find out how to seek help for your child, the right \questions to ask, and what to expect from Early Intervention services, preschool and kindergarten based services, and therapeutic/psychiatric services.

Donna Mac and her husband live in the Chicagoland area with their three toddlers and two Puggles. Donna has worked professionally with ADHD for 15 years, as a teacher working with early childhood students, a summer camp director, and currently as a clinical therapist. She is not just “some teacher” or “some therapist” offering advice: Even more importantly, she is also a mom of twin toddlers diagnosed with ADHD, giving her the personal experience to be able to offer hope and provide relief. She “lives the life” every day and can empathize with you.