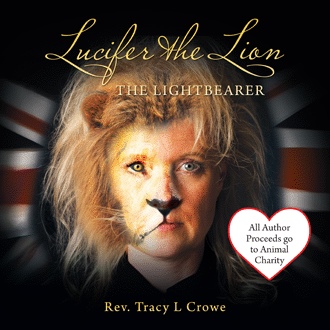 Preface Many of us get to points in life, where we feel like we have either have accomplished a lot of great things but wonder if it is enough and what is the next step, or maybe we feel like we have not accomplished anything that we intended. Even better, some are just starting out and have no idea where to begin. I fell into the accomplished a lot. I had hit the top ceiling in my career, as far as I could. I was the President of a successful design firm for almost 15 years, with up to eighteen employees to take care of. I was the sole owner and I sold the business. The week that I sold it, I had the “terrible three” happen. Many of you have heard the expression that when bad things start to happen they happen in the threes. My three brought me to my knees begging “my creator” to please explain why and open the doors for me to understand what to do. I was a huge success in this world of material things. Essentially retired at a very young age and had the money now to take care of my aging mother. Yet I was alone and completely lost on what to do next. I want to be clear and honest. I was neither a religious nor spiritual person when this happened. Not that I had never attended church, or attempted to read the Bible, it is just that I had let my career take over my life and it had become my only priority. In addition, almost nothing had resonated with me about religion, since my Uncle passed away, who was an amazing Preacher. Simply because he was humble, real and spoke from his heart. I had not discovered someone to “move me” that way again, so I guess I gave up. Let’s just say my path has become illuminated since that time, and this is the story of how the universe showed me that I had a purpose greater than any material job or being the head of any company making money could ever fulfill. … Introduction This book is broken into three parts. Part I tells you that there is a need to help animals in captivity that are held in completely inadequate facilities, and uses a specific example of rare endangered lions. Even though that was nearly the end of my spiritual path, I felt it was important for the reader to understand upfront the purpose for the writing of this book the possibility for all of us to make a difference. Part II of this book is my own personal spiritual path that shares the facts about how amazingly I was lead to these lions through following everyday signs and synchronicities. It also shows how I learned to overcome fear and find my true purpose for being here. I guess a second purpose for this book contained in Part II is that any reader that finds themselves in the same place that I was when I began this amazing journey will find hope to follow their own path of destiny. Lastly, Part III tells about the amazing progress that has happened as a result of following the signs and obtaining the courage to engage in the activities and meet with the people and try to make a difference. All the doors are opening wide, there is more of my personal spiritual path in Part III, and I think the reader will amazed to hear how the universe will help you when you start doing what makes your heart sing. Part I The Issue The biggest issue that I discovered through all that happened was the acute need for a shift. First it had to happen in my own thinking, but then I yearn that it will happen for all of us. When I say a shift, yes I mean the cliché “paradigm shift”, but there is no better way to say that “I had to stop employing typical assumptions that this world had programmed into my head.” I must first admit that I love animals. All types of animals. Of course, many of us tend to have a larger affinity at first toward the furry and fuzzy ones, as they say in Bugs Bunny, we want to “hug them and squeeze them and call them George.” But I am one on those characters that can relate when a snake feels scared or cold and also have a special affinity for the wellbeing of the less favored of the lot. Thank God for Walt Disney making mice special, or we may never have gotten over the mothers of the world just wanting to beat the hell out of them with brooms when they appeared in their kitchens; instead they became a favorite for many children. Part II My Spiritual Path In light of all that happened, I feel compelled to share my story about the summer of 2012. Prior to April of 2012, all of my friends and family would have said I was probably not the spiritual type and pretty much “black and white”, meaning that I needed to see things to believe them. But when I started telling these same friends what all was beginning to happen around me, they started repeating “I hope you are writing all of this down.” If someone else was telling ME the facts that I am about to share with you below, I may not have allowed myself to believe they were telling me the truth a year ago. However, I am writing this for a purpose greater than myself. I am doing it to save a family of lions and therefore I would like to share some curious synchronicities on my “path” for everyone to read. I usually consider myself a pretty private person and would not normally surrender to this exposure, but this is different.

This book provides an autobiography of a spiritual pilgrimage, and how being aware of synchronicities can lead an individual toward their path of destiny. It demonstrates that to ascend to the beautiful being of love that is our destiny, we can no longer allow atrocities to animals to continue. The author and the reader receive insight into spiritual growth for a much needed new paradigm. We have the power within us to “be the change that we want to see in the world.”

Reverend Tracy L. Crowe is a spiritual pilgrim that has a deep compassion for animals. She is a writer, an actress, a travel agent, an astrologer and messenger of affirmations. Rev. Crowe was formerly the successful owner of a private design consulting firm, Land Design Innovations, Inc. She now manages several companies under the umbrella of TLC Consulting Services, LLC; including her new most prized company, CaptivityAngels to help animals in inadequate facilities and poor conditions.