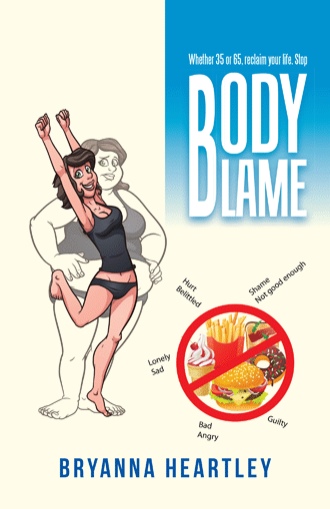 At the age of sixty-six, Bryanna Heartley had what most would consider an ideal life. She was the matriarch of a growing family, each of her children successful in his or her own way. She had a happy marriage. She had close friends, financial security, overseas holidays, and a psychology career that she truly loved.

However, there was a problem: Bryanna was obese. She suffered from bouts of asthma, problems with reflux, high cholesterol, irritable bowel syndrome, and the early signs of hypertension and renal failure. If she wanted to live much longer, she needed to make a change. With the help of EMDR (Eye Movement Desensitization and Reprocessing) therapy, she lost thirty kilograms.

She realized her body remembered its childhood illnesses in a way that affected her present health and created a feeling of unworthiness. She learned why some foods became her comfort foods and how to sever that association. Now healthy and aware, Bryanna shares her story with you and guides those hoping to charge down the path to physical and emotional recovery. Bryanna learned how to be her true self, breaking harmful patterns … and so can you.

Australian born, university educated, Bryanna Heartley has been a registered psychologist for twenty years. She has worked as a volunteer counselor, teacher and school counselor and in her own private practice since 2000. She is a mother, grandmother and great-grandmother.