Wisdom From The Pearl Necklace 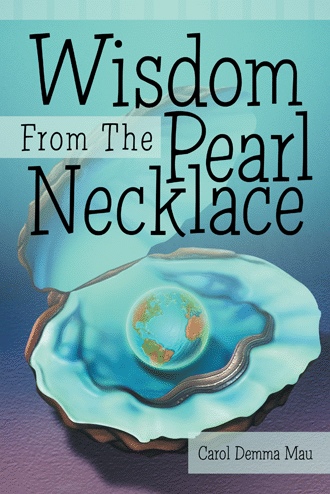 What kind of message can a pearl necklace hold? Find out in this American fairy tale. The Inner World of Earth is filled with magical, mystical creatures that are trying to keep the Earth clean and her animal kingdom healthy.
Trudy and her friends are sent out on a wondrous adventure by the queen and king of the American Inner World of Earth. With the help of the elves and many fairies, they set out on a journey to learn how to reach the inner power they all possess so that they can go back and teach the humans of Earth how important they are to Earth’s well-being. This is a fable of fun and a spiritual journey you will not soon forget!

Teaching the young has been a roller-coaster ride for me. This job has brought me through many of my personal questions about spirituality and given me a sense of purpose. I’ve written this book to inspire children to ask questions of their families and teachers for the purpose of finding their own values and beliefs.
This fairy tale is an adventure loaded with ideas to question. There is fantasy, truth, and legend laid out in a fun journey with seven children. These kids do not always agree with what they are told. They want the truth and are willing to go to the ends of the Earth to find it.
Living in Colorado has given me a great respect for Mother Nature and a love of animals that I hope runs through this book.