The Leader of the World 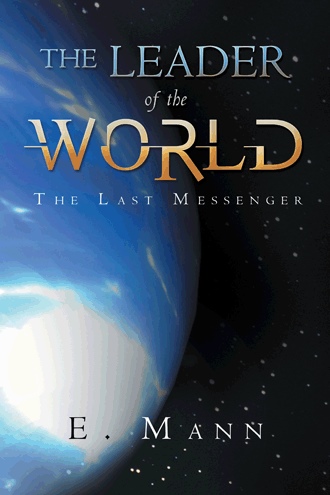 A naked man is found wandering in a remote corner of the Australian wilds—and life on Earth will never be the same. Holding a growing belief that he alone can save humanity, he cautiously embarks on his mission. He is the last messenger, a servant of the Creator sent to save humanity from itself.

Humankind has squandered and defiled the gifts bestowed upon it by the Creator, nearly destroying the only home it has. Pollution runs rampant, natural resources are exploited, and a cataclysmic war among the world’s major religions puts the human species on the verge of extinction by its own hand.

Desperate to save himself and the planet, the messenger scrambles to do the impossible: the Creator has mandated that all faiths should become one. The messenger must also stop the wholesale destruction of the animals and ecosystems of the world. He must find a solution to the worldwide AIDS crisis. He must put an end to hunger and poverty. He must eradicate the insidious sickness of pedophilia and all other threats against children. He must somehow hit upon a solution to the unsolvable conflict in the Middle East.

Using social media, the messenger sets about creating “miracles” on a global stage. If his plans succeed, he will prove the existence of the Creator and inspire humanity to begin living more humane lives. If only he knew how much time he was given to do his work …

E. Mann was born in Europe in 1944 and moved to Australia with his family in 1954. In 2000, after a long career as a financial planner, he retired and devoted his energies to crafting The Leader of the World, inspired by his general knowledge of world affairs.