The Inevitable and the Will to Survive 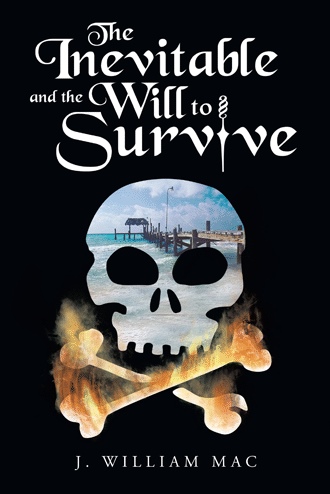 “One full day of reflection,” I thought to myself as I got out of bed. “I need three life altering stories and a conclusion that will knock Pops off his feet.” I had one day to finish my verbal essay. Oh, how I loathed reflective groundings but I had no choice. At least it was only one day. After brushing my teeth and a shower, I headed towards the kitchen to get some breakfast. “Might as well get the face to face altercation over with,” I continued to reminisce in my mind. Obviously, it was going to be an awkward meal but best to just get it over with than dread the inevitable. As I walked down the hall something was different about the house. It was quiet. My father was gone. “He must be going insane to think that I’m going to stay in the house, while he is off doing whatever he wants.”

As I made my way through the living room towards the kitchen, something caught my eye. There on the front door of the house was a handwritten note from my father. It read,

I understand that we as a family are having some problems adjusting to a new life and I get that you need your own space. So if you don’t feel that you need to do the day of reflection, that is fine, I do understand. I don’t want to make you feel like you must do anything. In a few months you will be eighteen, and in within the next year, you will most likely be headed off for college. You are no longer the child I have been trying to protect for the last seventeen years and at some point you will need to make your own decisions. I now give you the opportunity for one of the first of many decisions. If you don’t spend the day in reflection, I will take it as you have decided to grow up and declared for some sort of emancipation from your mother and me. I would also like to point out that if you decide to leave the house at any time, I will assume you have decided to move out on your own. And if that happens, I would like to wish you the best of luck in your future endeavors. I will not lead you in the direction that I would like you to take and I cannot tell you what direction is best for you either. All I can really do is try to give you some advice. Before making a choice in what you should do, especially with it being your first major decision. You might want to think it out thoroughly, weighing out all of your options. And last but not least, when you make your decision, stick with it and push forward. No matter what you choose I hope you know that your mother and I love you dearly and only hope for the best for you. Good luck son.

“Great a full day of reflection,” I told to myself. I mean what was there to really think about? The decision was already made for me in his letter. My father may not seem like the smartest man in the world but he is deceptively intelligent. The letter could only have two meanings. The first is that he actually meant every word of it. The second is that it was some sort of bullying technique into seeing what I was made of mentally. I could either prove him right by staying in the house and doing exactly what he had asked me to do. Or move out and prove him right about me still being childish and not being able to stand on my own two feet. If I moved out, there is no way I could find an apartment in such a short time. And even if I did, I’m not old enough to sign a lease. Not only that but somehow I would have to find a good enough job to pay all of the rent and various other bills. So my choices really narrowed down to; either sleep in an alley on a cold slab of concrete or sleep in my own bed.

As Will Larson begins his new life in a new place, he begins to search for his own humanity and for answers to the untimely death of a loved one. Along the way, he creates new enemies, tries to destroy relationships, and discovers a family he never knew he wanted.

J. William Mac is a self-proclaimed master of observation. As a child, his family was nomadic. Unable to forage friends at every stop along the way, he began to play games by himself. For years, he pretended his eyes were video cameras and would watch as life happened around him. Observing every waking moment of happenings, he has obtained an acute sense of detail. Although, he is no longer a child, he still likes to play his game. He continues redefining his techniques with every scenario as it plays out around him. He now has a home with his wife, Ashley, and son, Colten in Corpus Christi Texas … for now.