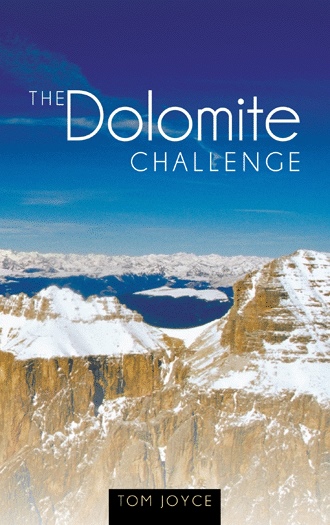 This is the third novel in a series that has Vienna Police Inspector Karl Marbach as a central character. This third story takes place in the late summer of 1947. Marbach’s wife, is a surgeon who was widowed when her first husband was killed in the Pacific in the early days after Peal Harbor. Determined to get into the war, Pammy enlisted in the British Army because American women couldn’t serve as surgeons in the American Army, a situation that continued until near the end of the war. When Pammy arrived in Vienna with the British forces in August of 1945, she met, quickly fell in love with, and promptly married Police Inspector Marbach. In 1947, Pammy continues her affiliation with the British. She works as a doctor in the burn center the British have set up in Vienna. Most of her patients and colleagues call her “Dr. Pammy.”

From one of the German soldiers who is a patient in the burn center, Dr. Pammy learns that Adolf Eichmann, architect of the program that put millions of Jews to death, is going to try to escape over the Dolomites from Austria into Italy, and then go from Italy to South America. hen she provides detailed information about what she is able to learn, Marbach enlists six men to go with him into the Tyrolian part of Austria to see if they can capture Adolf Eichmann. The team is a collection of men from different countries, including France, Austria, Poland, and America. Marbach turns down the suggestion for him to be the leader of the team. He knows that to make the climb as good as it can be, a French member of the team, Monsieur Sampeyre, is the best one to lead the group.

At a point where the Odessa papers and Eichmann appear to be within grasp, a
large force of former Nazi soldiers get into position on the mountain just below Sampeyre’s team, and the only way for them to not get killed is to climb all the way up to the top of the Dolomites, and then down into Italy.

The chase after Eichmann has ended in failure. Total failure. Nevertheless, a solid bond was forged among the men who struggled and suffered and took risks for each other during the Dolomite climb. It is often said that there is no sin at the top of the Dolomites, and, after climbing up and down the mountain, all of the men feel transformed. They feel sinless, and, in different ways try to hold onto what they feel is good.

This story takes place in the late summer of 1947. Vienna Police Inspector Karl Marach is investigating Die Spinne, an escape route out of Germany and Austria for Nazi war criminals. Pammy is Marbach’s wife. She is an American doctor who was widowed when her first husband was killed in the Pacific in the early days after Peal Harbor. Pammy enlisted in the British Army because female doctors weren’t accepted into the US Army, a situation that didn’t end until near the end of the war. Soon after her arrival in Vienna in 1945, Pammy, who is Jewish, met, fell in love with, and married Police Inspector Marbach. She continued to work in the burn center in the British hospital in Vienna.
One of Pammy’s patients in the burn center, former SS captain Leo Lechner, is sightless; most of his face was burned off in a bomb blast. Filled with nostalgia, Leo talks about times when he when he was young and climbed the Dolomite Alps. He recalls the old saying that high up in the Dolomites, there is no sin. It is a familiar saying to Marbach, who has been climbing the Dolomite Alps all his life.
Marbach learns from Leo that there are papers that identify a Nazi escape route out of Europe, and that Nazi war criminal Adolf Eichmann is using this escape route to flee from Europe. Marbach gathers up some colleagues and goes on a chase after Eichmann and the Odessa papers.

During military service Tom Joyce spent more than a year in Vienna, Austria. He worked with persons seeking denazification for what they had done in the 1930s and 1940s, and he became fascinated with how and why people
became Nazis.
He has a PhD from Cornell University and has done a lot of teaching and training in criminology, the sociology of work, social problems, and other subjects for George Washington University and for the FBI and local police departments.