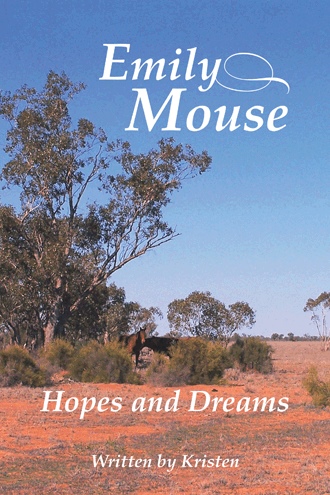 The steam billowed across the platform as the train pulled to a stop. John gazed from the carriage window, watching people greet passengers as they disembarked. He pondered, watching a woman hugging the soldier in uniform on the platform, whether she was his wife or, sweetheart. It did not matter really, for he could see from her excitement, she was glad that he was home. Home, a word that had a meaning once, it had been clouded these past six years for John. Like the soldiers on the platform, he was relieved he was finally going home with a sense of contented pride. He saw the relief in the faces of the people who had come to greet the soldiers. John sensed their certainty that they believed their husbands, fathers, or sons were at last home for good. Standing, picking up his greatcoat and kit bag, he walked to the carriage door. Stepping on to the platform, two officers saluted, returning their salute as he heard one of the women in the group inquired who the officer was. The flight lieutenant replied that it was Air Marshall John Campbell. John smiled to himself as he made his way out of the station.

The young WAF stood, watching John approach her saluted, “Good morning, sir, Corporal Jennings” she said, introducing herself. John looked down at the tiny WAF “Waiting for someone corporal?” he inquired. “Yes sir, you sir, Air Commodore McDonald asked me to wait for you. I am here to drive you out to your home and then return by 1600 hours, to pick up Air Commodore McDonald from Campbell Manufacturing and drive him back to London,” the WAF replied. John smiled for he had been talking to “Mac” at the Mess on Monday night and had told him he would be on his way home Thursday when he received his discharge. Mac said it was a bit of bad luck, he was not leaving Wednesday as he could have given him a lift. He would be going to Oxford for two days. “Well home is actually Hobbington Manor, Corporal,” John said looking down at the WAF. “That will not be a problem sir; I spent many a happy day of my childhood at Hobbington Manor. My father was the head shepherd before the war sir.” John looked at the corporal, “Cesanne” he said softly, “Yes sir,” she stated with a broad smile. They made their way to the car park, John stopped to buy the daily paper and read the front-page headline, “Chinese Civil War Begins, Chiang Kai-Shek vs. Mao Tse-Tung.” Not another bloody conflict already he thought. Looking at the date, 11 October 1945, “Peace lasted just six weeks what is wrong with this world?” The WAF opened the passenger door of the Austin 10 RAF staff car. John placed his kit bag and greatcoat on the back seat, pushing them over to the far side as he climbed into the vehicle. His wristwatch read nine twenty-three.

He should be home in time for Morning Tea he thought smiling. They made their way out to the motorway turning northwest out of Oxford. Corporal Jennings made the remark that it was a glorious day, “That it is Corporal,” John replied, leaning back in his seat and staring out the window at the countryside as they made their way along the road. He remembered the peace and tranquility that prevailed in his boyhood home, the pleasant summers and friends he had grown up with before the war. He had often wondered what it would be like to return home. Without the companions of his youth who would never come home. Gilbert Mills disappeared, over Bonn and Albert Sterling was missing in action somewhere over Dusseldorf the last he had heard. The car slowed as it came to the entrance of the manor driveway John leaned forward and asked the corporal to stop at the gateway. He would walk the rest of the way up to the house. Corporal Jennings replied it was no bother to drive him up to the manor, “I need a few moments before going on up to the house. It has been a few years since I was home,” John told her. Stopping the car at the gate, the corporal got out and opened the door for John. He stood gazing up from the gate, looking at the grand entrance to Hobbington Manor.

Air Marshal John Campbell returns to his family’s estate. ‘Hobbington Manor’ lies just south of Woodstock in Oxfordshire England. With no ambitions, to join the family, firm. John’s attention soon turns to Hannah Miles. Those close to him meddle in his budding relationship with Hannah. Peter Jamison the co-pilot in John’s Lancaster flight crew accepts John’s invitation to his stately Manor home. Falling in love with Emily, Peter conceals his family secret from those around him at the Manor. Amidst the turmoil, the hand of fate has dealt and his brother’s confrontation. John turns to Anne Foster, confiding in her. Anne harbors John’s passion for a farming life and admiration.

John’s acquisition of ‘Bach Llwyd Llygoden’ and ‘Glen Usk’ fulfills a passion. They move to the Welsh countryside on the Ithon River, just east of Llandrindod Wells. A move, which Anne knows within her heart, is just the stepping-stone. Together they discover the joys and sobering heartaches of the Welsh Pastoralist’s life. In an unexpected meeting with an Australian RAAF colleague who reignites John’s passions. For the land of searing heat, the musters and the shearing shed. The smell of Gidgee trees on the morning air, and ‘Thargo Rain’. The wonders, the flooding river water brings to barren, sun patched earth. Is River Gum Station the answer to quench this passion? John wonders standing at the kitchen window looking out at the snow covered land of ‘Bach Llwyd Llygoden’.

Australian outback life and love for Mother Nature. With the devastation, Lymphoma Cancer brings. Kristen weaves a novel of amusing and colorful characters. Humour and intrigue mix with history and a tad of passion. Fuse the dreams and hopes of one man, to satisfy his passion and desire for life.