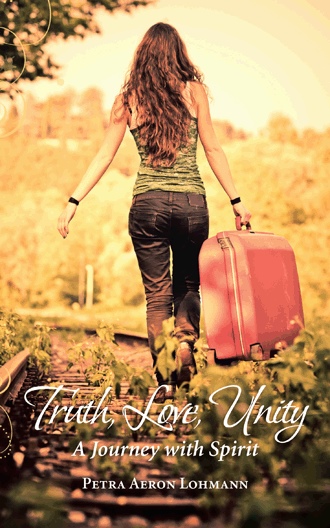 “Snap out of it Bella. I haven’t come all this way just to watch you sitting on your pity pot.”

His harsh words struck like lightning, jolting me from my daydream.

With shoulders rolled forward, Harley gave the appearance of a man ready for battle.

“What?” I asked, shrinking further into my seat.

“Don’t look so sad Bella. You’re not the first person to get divorced.”

He drove into the car park, circling twice before he finally found a place to park.

“I’ll get your suitcases,” he said, opening the car door. “Come on! Let’s go. Where’s your ticket?”

“Here,” I said rolling my eyes and retrieving the ticket from my handbag.

“Bella, please hurry up! You’ll miss the train at this rate.”

“For goodness sake Harley, will you stop badgering me? I can’t walk any faster in these shoes,” I said, as we approached the ramp and I reached to take my suitcases from him.

“Oh no you don’t!” he said, pulling back. “I’m walking with you to the platform and putting you on that train. In this crowd you’re likely to get on the wrong one and end up who-knows-where. Are you sure you know where you’re going? It’s the first stop after Medlow Bath, remember? You need to get off at Blackheath. It’s the closest to the cottage. Have you got the directions?”

“Yes, Harley,” I said, taking the piece of paper out of my coat pocket and waving it at him. “We’ve covered this a hundred times already.”

“Great! I’ve got gum on my heal,” I said, nearly tripping over as the sticky stuff caught on my shoe mid-stride. “Harley, I wish my car wasn’t at the mechanics.”

He turned away. “Train’s late. Want to sit down?” he asked, looking at his watch, pointing at an empty seat nearby.

“You’ve got to be joking,” I said, looking at the drunk who was covered in newspaper, fast asleep on the bench beside us with a beer bottle cradled in his arms. “I thought smoking on the platform wasn’t allowed,” I continued, eyeing a man a few feet away. Twisting my neck from side to side, I felt sick.

“I don’t like crowds and the smell of this place is giving me a headache.” Screaming, I turned and hid my face in Harley’s jacket.

“For heaven’s sake, what now?” he asked.

Still facing him, pointing behind me I said, “Harley look! There’s a dirty great big rat running along the tracks.”

He had me by the shoulders now, at arm’s length. “Look Bella, just stop it. You’ve never been this delicate before. It’s going to be great. Really! Kate and Marcus will be there waiting for you. You’ve been planning this for ages. You’ll have fun. I know you will. Now give me a hug and I’ll see you next week.”

He put his arms around me and I responded half heartedly, as my train came to a stop at the platform.

The incessant chattering of commuters in the overcrowded carriage did nothing to ease my pounding head. I closed my eyes. I wanted to sleep but couldn’t. I thought about Harley and the concerned look on his face as he waved goodbye.

I opened my eyes. It was a mother playing with her child. They seemed excited. A young man was offering his seat to an elderly lady. That’s nice, I thought.

“Stressed?” asked a voice next to me.

“What-me? No. I just have a headache,” I replied, smiling at the middle aged man beside me.

“That was such a big sigh, I just assumed you were stressed,” he said, smiling. He had a kind face.

“What’s that you’re reading?” I asked.

“Oh, it’s a spiritual fable about Destiny,” he replied, showing me the cover.

“Good for you,” I said. “That’s actually my favourite. I borrowed it from a friend a few years ago and read it in a day and a half. You’ll love it I’m sure.”

“Already do,” he said, warmly. “So where are you headed?”

“Blackheath. I’m meeting some friends. We’ve rented a cottage for a week. You?” I asked.

“Bathurst to visit family,” he said, going back to his book.

The train left the city behind, making its way into the mountains. The bluish green bushland dotted with the occasional homestead seemed peaceful somehow, almost like a painting.

In a way he was right, this stranger beside me. I was out of sorts. I hadn’t thought about the divorce in a long time. Then yesterday that damned letter arrived and now I just felt odd. I shook my head. I’m not thinking about that now. There’s no point.

I closed my eyes in search of sleep again. I was thinking about my friends now. Kate. She made me smile. I always thought of her as a domestic goddess. Shifting in my seat, I wondered about Marcus. We were awkward the last time I saw him and I felt a little apprehensive about seeing him again.

Finally I began to doze.

I woke to the piercing sound of the loudspeaker. “Next stop Medlow Bath then Blackheath. Be ready to disembark.”

Mm, I thought, entertaining the idea of staying put. No, if I do that Harley will chase me with a stick and that’s the last thing I need right now.

As the train pulled out of Medlow Bath, I grabbed my suitcases and made my way to the exit door.

So this is Blackheath. It’s pretty I thought. Finally there’s peace and quiet.

Standing on the deserted platform, I watched the train disappear from view and slumped onto a nearby bench.

“You okay Miss?” It was the station master. “You’ve been sitting here for over an hour. Are you waiting for someone? Do you need me to call a taxi?”

“Oh, no thank you. That’s very kind of you. I guess I just lost track of time.”

Dazed, I got up and walked. I walked the two kilometers from the railway station to the cottage, dragging my cursedly large suitcases behind me, when I could easily have taken a taxi or bus.

It began to rain. Great! I don’t have an umbrella.

Torrential as it was, the rain seemed necessary somehow, hammering at my sodden clothes through to my aching skin, as I made my way down the gravel road which led to the cottage. Then as quickly as it had begun the downpour subsided and within minutes it began to snow. Tiny snowflakes landed on the tip of my nose and instantly melted away.

This mountain weather is so unpredictable I thought, rummaging through my handbag for my ringing mobile phone.

“Bella? Bella is that you?” It was Kate. “Where are you? You should have been here hours ago.”

“Okay good. I’ll make some tea,” and she was gone.

I could see it clearly now, surrounded by dense bushland the cosy little cottage with its soft lemon painted timbers and warm burgundy trims, a lovingly restored remnant of the early nineteen hundreds, was beckoning me.

The rose bushes which framed the old bay windows were as beautiful as the flowering magnolias and the magnificent aging maples, with their leaves turning from lush green to brilliant red, orange and then yellow, framing the freshly painted iron roof like a picture perfect postcard.

The lights were on inside. Smoke bellowed from the chimney. I saw the curtains move and suddenly the front door swung open and there she was, bounding down the stairs into my direction, her arms waving about like a hyperactive spider monkey, with Marcus trailing casually behind.

“You’re finally here,” said Kate, throwing her arms around me...

Bella, an ordinary woman with hopes and dreams like any other, having endured the breakdown of a twenty-five-year marriage, makes a choice.

With the kind of unexplainable knowing that comes not from the mind but from the spirit, she chooses to be. To be guided by the soul and to experience each moment with unconditional gratitude.

An uplifting story about friendship, love, and the unity of souls we experience when we accept the gift of our birthright—to evolve spiritually through the human experience.

Petra’s gift for healing with the written word has inspired and transformed the lives of many, beginning with her own. She lives a simple life in a quiet suburb on the outskirts of Sydney, with her two boys, and is devoted to sharing the experience of gratitude, through her stories and workshops.