I Believe in Miracles

I am one of them 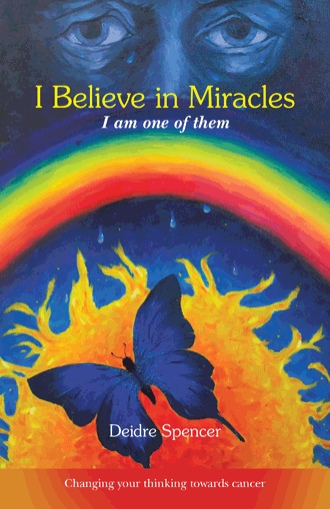 It’s a new year and it has been more than a month since I last wrote in my Journal. What a shame that wonderful feeling I wrote about last time didn’t last long.

When I saw Prof Spencer in December and he told me I was only in partial remission. He also said that my prognosis was not good. I was shocked and stunned when he said if I didn’t have any more treatment, and that because the cancer is aggressive, when it comes back it will attack the kidneys because they are weak and I wouldn’t have that long to live.

Well, talk about being hit between the eyes. The Prof is very good at doing that. It’s black and white with him, no grey. At least he is up-front and honest with me, and I respect him for that. But I do prefer Dr John’s gentler “glass is half full, not half empty” approach.

The bottom line is I don’t have much choice in the matter. If I want to be around to watch Veronica grow up, and see Josh find happiness, then I have to go through with the donor transplant. Otherwise, it could be a very difficult Christmas for the family.

Since then, I haven’t coped very well. I spent the first week bursting into tears a lot. I couldn’t get it out of my head—the thought of not being here for the kids was tearing me apart.

I want to be strong and believe my body will heal itself, but I am worn out and don’t have the strength nor energy to fight Fletch and the doctors.

I want to do the right thing by Josh and Steph. I don’t want to let them down. I want to be here for them. Also, I know what it’s like not to have any grandparents and I don’t want Veronica to miss out on time with me. I know her other grandmother Denise, will be a great role model for her and will love her dearly, but I am so looking forward to having her stay for school holidays and doing lots of arty-farty things together. That would be awesome!

It is horrible facing my own body’s mortality. The thought of the last moments of life is quite scary. Apart from that, I am okay with dying.

I am starting to get angry now—at the injustice of the whole thing. I have so much to live for, I don’t want to be cheated out of the long life I should be living.

Josh is wonderful—everyone is!—he won’t let me talk about the possibility of not being here for much longer. He dismisses it, saying I will be around for a long time. He stays so positive. I don’t think it comes from being in denial, he simply believes it. He’s gorgeous.

I am heading up to Steph’s tomorrow to spend the weekend with her. Her next Gallery Market is on and this time I am having a stall there with some of my artwork. I will also be helping to mind Veronica throughout the day. I love these times with Steph and her beautiful family. To be an observer and see the abundance of love between the three of them is a joy. I end up totally exhausted, but it’s worth all the effort.

My darling Fletch is keeping himself busy with finishing off projects around the house and garden. He works like a man possessed, he doesn’t stop all day! I think it is his way of not thinking about things. If he is very busy, then he can’t face issues that need facing. A bit of denial going on there, I think. He would say no way, but instincts tell me differently.

I haven’t meditated since we saw Prof Spencer. Just can’t bring myself to do it. It doesn’t help that when we cleared out the back bedroom, a number of bits and pieces were dumped up in the studio and my meditation spot has gone.

I feel I will get back into it soon, as my artwork increases. Let’s hope so …

Making Sense of It All

With regard to my inconsistency about going through with the donor transplant, trying to explain it is very difficult indeed: Nothing is definite in life; nothing is black and white; there are no guarantees nor guidelines. Life is always changing. It was not easy making a decision to think and believe one way or the other. There was so much at stake on both sides, I was torn. It was literally as though I was being torn in half.

At my lowest point during my first transplant yes, I was prepared to die, to let go of Josh, Steph and Veronica. But that changed as I started to feel better. I became determined to be there for them and share their lives.

When people insinuate that I am giving up, it makes me very angry! I didn’t WANT further treatment; I was NOT prepared to die; and I was NOT giving up. I truly believed I didn’t need any more treatment—whether that was reality or whether I was coming from fear, I don’t know. Fear is a powerful thing, but I truly believed I could do it on my own. I believed I had cleared what was manifesting the cancer, therefore I believed I was healed and complete and the last small amount of cancer would progressively disappear, as long as I stayed positive. I believed I would be around to watch Veronica grow up. But, I was not strong enough emotionally nor physically after two years of treatment and all that chemo, to be able to follow through; to be able to stand up and fight for what I believed in.

This journey with cancer has also been a journey of learning about myself. As you know, I have made wrong decisions in the past. Learning to trust myself and believe I am making the right decision is a very big step for me. Therefore, trusting my instinct was very important and when it was telling me I could heal myself, I felt I had to be true to myself and honour that instinct. That is why I felt so tormented.

The cancer journey and its treatments is an extremely emotional roller-coaster ride. It can send a person around the twist when it drags on for so long. The stress of it all takes a dreadful toll on a relationship. It takes a very strong person to survive the journey both mentally and emotionally, but even a strong person can be dragged down by it all after a couple of years. With all the drugs I had been given over that time, the roller-coaster ride was never-ending. There would be one day when I felt strong enough to take on the world, the next I would not be able to decide what I wanted for breakfast, let alone take on the world! Up, down, back, forth, push, pull—it wore me down to the rawest, barest emotions. Any wonder I was not coping in my relationship with Fletch!

But I am a survivor, of that I know for sure. (A bit of Italian grammar sneaking in there!)

This decision is a true test of a person’s belief in their self and their spiritual beliefs, and I felt as though I had failed. Many years ago I had been very impressed and influenced by Louise Hay’s story of her own battle with cancer. She chose to delay having any surgery or treatment, and to try to heal herself. She describes how she went about doing this and of her success in her marvellous book entitled You Can Heal Your Life. It is brilliant. I believed if she could do it, so could I. But I had forgotten to factor into the equation that she did not have children, nor a pushy husband to contend with, nor was she already on chemo drugs!

In I Believe in Miracles, author Deidre Spencer shares the knowledge she gained in her fight against cancer and she provides the tools necessary to discover how to heal. As a cancer survivor, Deidre has beaten the odds, conquering an aggressive form of cancer that had an additional genetic disorder component, making it difficult for the doctors to treat. Through it all, she demonstrates the strength of conviction to follow through on her beliefs—and through sheer determination, positive thinking, and with support from family and friends, she pulled herself through those traumatic times.

Initially, the doctors saved her from the brink of death when she had only two weeks left to live. She then survived a stem cell transplant, finding she was sensitive to the chemotherapy medicine and other drugs used in treating the side effects. She again came close to dying. When she pulled through the second time, she had to learn to eat and walk again. She realised then that she had to heal all of herself—not only physically, but also mentally, emotionally and spiritually; what she calls the “four bodies”. Deidre is now in full remission.

I Believe in Miracles is a journey of self-discovery, trauma, and self-healing; Deidre believes that if she can do it, so can others.

DEIDRE SPENCER was born in the country town, Mansfield, Australia. As a child, her family moved back to Melbourne, and she is based in the southeastern suburbs. After being diagnosed with multiple myeloma blood cancer, her story became an artistic, spiritual, health journey of self-discovery, inspiring hope in others.