Chronicles of the Guild, Book Two 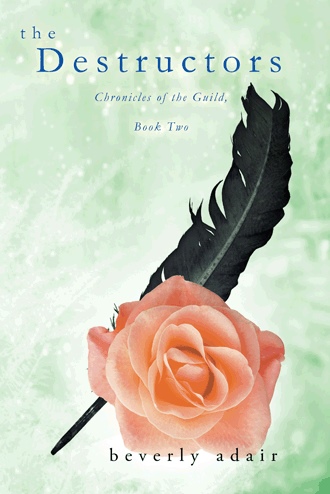 I wasn’t in the car anymore; I was back at Dallamoor House in Canlyn. How had this happened? The last thing I remembered was sitting in the car at the Guild School. Uncle Larron had rescued me, he was angry; but I had managed to slip into the blackness before he could punish me. How had we made it home? Images of a nurse, in a white, starched uniform. A stretcher; the hum of the plane and the silence, filtered slowly back into my memory. I had hidden away; but, for how long? His voice was calling me, when I managed to slip into the blackness, but I could still hear it and feel the oily blackness of his power. I had been safe while we travelled; or maybe, he had kept me drugged and under his control; until he had me secure in the familiarity of Dallamoor House. Now his demand and his insistent call had torn me away from the safety of the past.

Uncle Larron’s rage attacked my shields and the power pulled me rapidly into the present. The sudden jolt hurled my physical system into revolt and I retched as he stepped towards me. He stopped and stepped back; I retched again and this time didn’t hold back, instead spewing all over the floor and his shoes. I knew that I would have to pay the price for this, but I also knew he would leave me alone with my vomit.

“Clean yourself up and get this mess cleaned up. We will discuss this later.” Slamming the door behind him, I heard him muttering under his breath as he stomped off down the stairs.

I retched again, but my stomach was empty. Each beat of my heart pounded the blood through the vessels in my brain, pumping pain along with the blood. I dragged myself towards the bathroom. I wanted to lie down again, but I knew that if I did; I would fall back into the drugged sleep that I had endured for who knew how long. I realised that this was how Sarah’s head must have felt on the occasions we played all day together.

Stop it Este! Sarah is gone. Your friendship is done. She hates you, it is all over. Don’t think about her. You have your life, you made your choices and she made hers. Stop thinking about her!

I had held this conversation over and over, but our most recent encounter and her attempt to save me made it hard to disconnect again, especially when the visions where so real. The reek of vomit and fear from my room, forced me to find a bowl and cloth in the cupboard. I opened the window and allowed the fresh air to flow in. Nearly retching again, I cleaned up my mess. I then headed for the shower to clean not only my body, but my soul.

Standing under the cascade of scalding water I analysed my situation. I had succumbed to his total power in the fear of the moment, but I decided that if I went on the offensive, I might be able to deflect some of his anger. Not likely, but it would surprise him. He often had me at such a disadvantage and now even more I was under his control. I immediately, began to feel better. I would take the initiative and attack. He wanted me to be strong, well he had better watch out.

Drying myself I thought about my dream encounter with Sarah; I remembered that day. It was just before the Christmas that I was sent to stay with Uncle Larron, Aunt Marta and Cousin Judith for the first time—the Christmas of change. Giving myself a shake I knew I didn’t dare think about that now. I needed to stay strong and focussed. I scrubbed my skin, scrubbing away the memories and the stench of my weakness. I dressed myself in my black uniform. My strong arms and legs looked good in my tight fitting pants and shirt. I drew my hair back into a formal bun and ran a small line of eye-liner around my eyes. I considered my face in the mirror. I looked strong and confident, the hint of shadows under my eyes gave me a slightly weary look, but my skin, lighter from the months in Angel City, was still brown enough to hide the worst of my exhaustion. I reached for a soft pink lip gloss. Softening my lips, I touched the colour to them. Now I was ready. I headed for the door, pausing for a moment I turned to look back into the mirror. Sarah smiled as she gave me a thumbs-up sign. I knew she wasn’t there and I didn’t want her there, but my heart still did a little leap.

“Go away Sarah, just go away. We are not friends anymore.” I said this out loud, certain that if I could say it loud enough and long enough, I could make it as real as the green dress that I had created on our magical day together.

I knocked on Uncle Larron’s study door and without waiting for a reply stepped in and advanced on his desk. I seated myself in the chair opposite him, sat back, crossed my legs and began. “Uncle Larron, we need to speak. I demand from now on that you respect my privacy and knock before entering my room. I obviously had not recovered from the backlash of the attack in Angel City and I apologise for vomiting over your shoes, but the shock and sudden awakening created a severe recoil of power.” 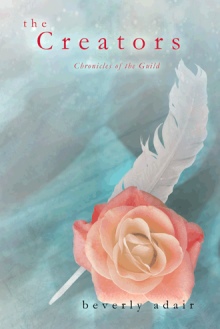 Draw the words, and all will be revealed …

Believe in the image, and all will be Created …

Destroy the Creation, and all will be controlled …

Sarah and Este as two young prodigies, entered the mysterious and often-dangerous world of the Guild School, and the Protectors. Here, Sarah as a Major Creator and Este an emerging Protector; rekindled their lost childhood friendship. But not all is well in the world.

A powerful enemy has had Este in his sights, and he will stop at nothing to lure her into the dark and dangerous world of the Destructors. With anything she could ever desire dangled within reach, is she willing to pay the price for this power? Can she even hope to resist it?

When the Guild School comes under attack, suspicions slowly focus on Jeremy, a Protector charged with its defence. But, as the legend predicted, darker forces have tainted the purest of hearts, and Este surrenders to her fate as a Destructor. Will she fulfil the destiny mapped out for her by her master, or will powers outside of her control force her to make choices that challenge not only her friendship with Sarah, but also the authority of her master?

Este and Sarah will soon discover that there is always a choice, no matter what destiny may seem to control.

Beverly Adair has a passion for inspirational fantasy storytelling. The Destructors, the sequel to The Creators, her first novel, is the middle entry in a planned trilogy. She is married and the mother of three adult children; her hobbies include reading and photography. She currently lives in Australia.