The Twelve Messages of the Spiritual Heart

A Novel of Transformation 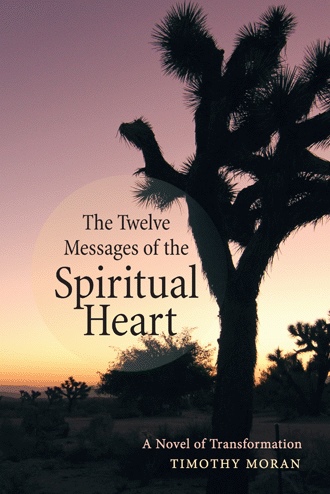 What is it that keeps us from living a happy existence? Can we truly heal our bodies from any illness? Are we able to find harmony in our lives by accessing our soul’s divine blueprint? These are just a few of the profound questions that are the focus of The Twelve Messages of the Spiritual Heart.

When a serious health crisis suddenly forces Timothy to reevaluate the meaning of life, he embarks on a journey of spiritual awakening and is thrust into the magical world of the beautiful Satyana, an enigmatic and powerful intuitive.

With Satyana’s help, Timothy begins to learn about the mystical realm of the Akashic Records, the etheric database for all of creation and the place that holds the soul plan for every being. There he discovers a series of twelve ancient truths that reveal how to live a healthy and happy life, all the while being confronted with the possibility of his own death. Together, Timothy and Satyana race to uncover the story of his destiny as well as the identity of a powerful woman who has been tied to his soul since the beginning of time and may hold the key to his ultimate enlightenment.

A journey that spans lifetimes, dimensions and the higher planes of consciousness, The Twelve Messages of the Spiritual Heart is at once a monumental adventure story and thoughtful essay on how we can all actively pursue our own enlightenment by journeying inward to the deepest levels of who we are.

Timothy Moran is a lifelong spiritual seeker, an entrepreneur, a certified Reiki master/teacher, and an Akashic Records consultant. He is also the owner of The Heart of Shamballa, a small business focused on promoting healing and self-awareness. When not travelling or teaching workshops, Timothy can be found in his native province of Ontario, Canada. For more information on Timothy,
please visit www.timothymoran.org.