Wait, what? I'd rather be single 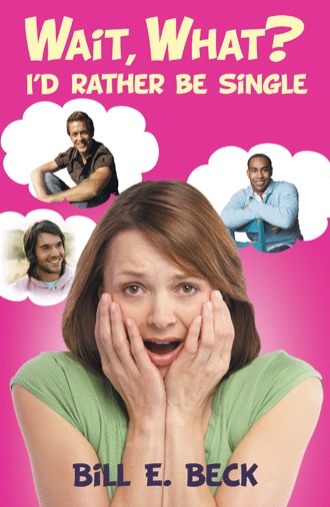 You can’t knock online dating until you have seriously tried it for a week and a half. Quite honestly, I used it because I was sad and pissed off about HFDB after one of the strikes when I “had it” with him. Quite honestly, I just wanted the attention that I didn’t get from him.

I am going to be honest, if you want to feel like you still got it, try online dating and you will most definitely get at least fifty messages from random guys all telling you how pretty you are. It’s a serious self-esteem booster except when a guy tells you that you are so beautiful that he would drink your bathwater, because honestly honey, that guy has got to go.

I am not going to get into the details of my online history because it was very sporadic and I got annoyed with it pretty quickly. But I will admit that I went on a few dates with a couple guys. All were completely and utterly wrong for me because either I didn’t fill out my profile right or he didn’t. I blame the men, as always.

You take a lot of surveys on these sites so you can be matched with someone who answers the same questions as you do which somehow makes you compatible. Technically, I was “compatible” with a forty year-old guy, but that did not make him my soulmate. Catch my drift?

I don’t know if I should condone this or not but creating your profile while you’re drunk makes for a better dating profile and you’ll get noticed a lot faster. There was probably one time where I made my profile sober and I vowed to never do it again. Drunken profiles are more entertaining because I would rant about how much I loved cats and tequila which ironically got me noticed by some cute guys.

So I started chatting with this guy who A. went to the same college as me, B. lived on campus, C. studied engineering, D. could hold a conversation with me and was not a creepy old man.

We were compatible with our motivations for school, we had similar personalities, and he was super cute, but there were a few minor things about him that turned into major things. First off, he does not drink alcohol, but he does not mind people who drink. Okay, I can look past that because he accepts that I drink, a lot. Second, he was a virgin. Now, not that I have anything against a virgin, but he was 25-years-old and once had a long-term girlfriend, yet apparently sex never came up. Now he claimed he just hasn’t had the opportunity to have sex, but he wants to. I mean, I can accept that, right? Then again, how can you date a girl for two years and sex has never come up? Sex comes up for me like on the second date or sooner if he’s hot.

Okay, so we have a guy who doesn’t drink and doesn’t have sex and when I walked into his apartment, I kind of understood why. The kid had action figures, collectible Star Trek things, and just a lot of comic book and cartoon-like stuff EVERYWHERE. I have nothing against someone who collects these things or has an interest in these things but honestly, I wouldn’t want to have sex in that bed with a bunch of plastic figures watching me.

It wasn’t the no sex, no drinking, and the Star Trek action figures that scared me away, it was the fact that he turned into a Stage 5 Clinger. He would want to hang out and talk all the time. Not only that but he would try to sext me and “convince” me how great he was at everything (besides sex, duh). Whoa we only went on one date I am not ready for you to be all up on my nuts just yet. Also, I think one time he said he would hide in my closet with muffins. I believe his Stage 5 Clinger turned into a Stage 5 Creeper at that point.

When I filled out those surveys on the dating website I mentioned that I drank and obviously, I had sex, yet I was still matched with someone who was my almost complete opposite. Interesting how that situation worked out. I’m sorry to break the bubble on this one but opposites don’t always attract.

So, I met another boy who was seemingly more similar to me in the way he actually drank alcohol and had sex. As a nice boy, he took me to a Mexican restaurant for our first date and those margaritas came in handy. Turns out, homeboy used to be a marijuana drug dealer and he got busted big time only a couple months prior! And I’m not saying he was just a regular drug dealer giving weed to his friend’s type but he was part of a ring of big time drug dealers. That was the most terrifying date I had ever been on. Alright, turns out we didn’t have that much in common after all.

I think what bothers me so much about online dating is the fact that a lot of guys post pictures of themselves from like five years prior. This one guy posted a high school senior photo and it kind of made me feel like a pedophile because he was actually a hot high schooler. Granted the guy was going to be a junior in college at the time but it turned out that freshman thirty did not do him proudly. Also he wasn’t 21 and I vowed to myself I would never date someone who was below the legal drinking age. And quite honestly, I don’t understand why a lot of these guys posted younger pictures of themselves. I felt like I was getting catfished by a much younger guy. It sucked.

The next boy I went on a date with, which was the last from the online site, he turned out to be a huge nerd from an Amish community. Also, he might have almost killed me because he ran through a red light. He was nice but I’m really not into receding hairlines. The only good part about him was that he fixed my wireless internet. Sometimes a man is handy.

Moral of the story is to use online dating wisely. Quite honestly, go on it for a self-esteem lift after a bad break-up or if you were recently screwed over. You’ll end up feeling fabulous and who knows you might meet someone who will lift you off your feet. Just don’t settle for someone because the website believes you’re “compatible.”

I found out also that quite a few guys are actually dating someone yet there are using the online dating site. I don’t know if it’s because they’re searching for more new friends or a second girlfriend. Either way, avoid that situation altogether. You also need to watch out for your ex-boyfriends and ex-slampieces using the site as well. That calls for a mission abort.

I’ve known quite a few people who found tremendous luck with finding someone on an online dating site. It works for some, but just not for me.

Think you have seen and heard it all? These true dating stories bring advice and humor that is relatable to all women who are single, fabulous, and looking for a new dating perspective with modern technology and the issues of social networking. Bill E. Beck has compiled stories over many years of heartbreak with unusual dates, awkward hook-ups, and the most outrageous situations. Wait, What? deals with college wit and lingo, Greek life, sex, social networking, and most importantly, lessons for successful dating. Bill E. Beck gets herself into some questionable situations that might have you reconsider what dating is all about.

Bill E. Beck has a bachelor of science degree in psychology from Bradley University. This is her first book. She is currently working on a fiction trilogy where she resides in Peoria, Illinois. She loves cats, shoes, and all things writing.