Walking in Hope, Living in Grace 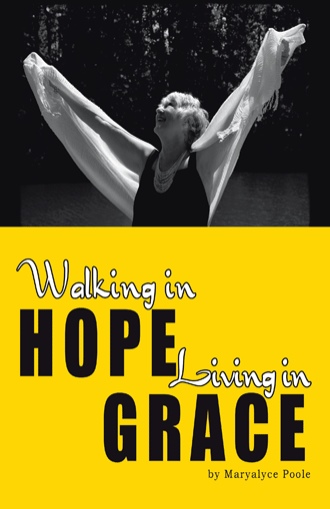 Who Was I?
Who was I, and what was I doing when the clouds began to form? Who was I, and what was I doing when the clouds began to turn dark? Who was I, and what was I doing when the lightning flashed and the thunder began to sound? I was confused. From which direction did the lightning and thunder come? My head hurt so badly; the pain was almost unbearable. My mind kept repeating over and over: how loud and how long will this thunder storm last? How long will the pain last? The clouds were full, the rain poured down, and the tears poured out for help, and I said, Who am I, and what am I doing? The clouds started to break up, and the rain ended. The clouds were just as empty as my heart and my head. In the emptiness, I could hear God calling my name. It is only after the storm, after the lighting, thunder, and rain, that we fill back up from the emptiness. It is in the broken clouds that we have rain and in the broken grain that we have bread. It takes a broken person to reach out for help, to reach up to the One who returns a greater power than an individual ever had. I now have hope and am helping and educating myself, family, and friends; we are overcoming the barriers and preventing the pain. I come to you in remission from manic depression (bipolar disorder). I ask you to wear a yellow ribbon for hope, so that those who are broken will become whole and their personal storms will fill up with the light from the sun and the Son.

The Tapestry
I use HOPE as an acronym for:

This autobiography details my journey from disability to ability and how hope and grace have influenced my path to recovery. It is my prayer that this story will touch your life and you might find hope for your personal journey or for someone you love.

Here is your ticket to recovery:

• Help yourself first, and then help others.
• Overcome your own barriers.
• Prevent your mental pain.
• Educate yourself.

Maryalyce Poole was born into a Roman Catholic rite and Byzantine rite of the Catholic family. In life she overcame many obstacles, including physical, mental, and spiritual difficulties. Since 1985 she has been a leader in the mental health recovery movement. She has been an advocate for those who can not speak for themselves and has addressed the Virginia General Assembly on their behalf.