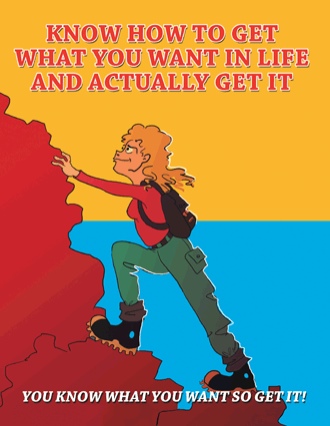 Is there something that you have always wished to do and you put it off because you thought you wouldn’t be able to do it because suddenly you thought that’s too big a project to do? Did you get discouraged to continue with your ambitions? Feelings of discouragement and regret are just there so you can plan better, and keep on track. “It is never too late to be what you might have been” by George Elliot (Moncur, 2013).

“Yes we can” became the main campaign slogan for President Barrack Obama. He was facing an uphill task to not just become the president of the most powerful nation in the world but also the first black president. It is the “I can” attitude that saw him make history. Psychologists tell us that the difference between the go-getters and the rest of us, it is just an attitude of “I can do it”. This is the only thing that differentiates those who get what they want in life and those who go throughout life wishing they could get this and that.

Is there something that you want to achieve but tried many times and gave up before meeting your goal? Are you stuck in a circle where things don’t seem to be moving forward? The time for change is now to succeed.

We all have dreams of achieving goals at some stage in life and sometimes those dreams end up getting lost in the midst of daily grinds and we end up giving up on the very things that are meaningful to our lives. This book whether young or old reveals the magic of believing in yourself and letting the path of success open to the things you thought were impossible to achieve. The aim of this book is to help you see that anything is achievable as long as you have the passion and vision to follow your dreams. It seeks to unlock the mind to see what’s possible beyond just a thought and lays out different strategies to approach your target goals. This is a true story of a woman who, despite all the struggles and everything thrown in her path, manages to rise from the ashes and builds her life to one of the most successful persons in the society. Her strength comes from all the disappointments and hardship she faces in life and vows not to fall victim to the treacherous world around her. This is a compelling story of an individual determined by vision, dedication, ambition and patience. The strategies she uses to overcome hurdles will leave the reader with no doubt that anything can be achieved through the use of a powerful mind. This is a book for all those that want to succeed in anything be it relationships, work, business, education, personal wealth and etc. This book will lead you through to achieving what you want in life. This is the breaking point of success!

B. P. ECCLES was raised by a single mother and experienced poverty when growing up. But she learned from a determined single parent who worked hard to educate her and her siblings on a meagre income. Eccles learned to survive and beat all the odds. Today she has achieved many things in life, including education, a real estate business, and health care companies. This is a true story of rising from nothing to becoming an astonished achiever in many aspects of life.