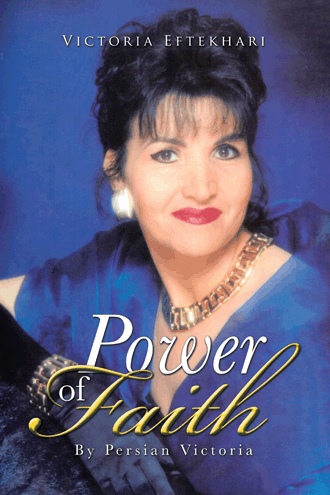 Today Victoria is a very happy and successful individual but she has not always been in such a good place in her life and in fact has overcome a lot of hardships to get where she is today.

Victoria’s story starts in Iran, the country of her birth. She was born into a very wealthy family and grew up with a lot of material privileges. Despite these privileges however Victoria suffered of emotional and physical abuse from people around her for many years from childhood to adulthood. She also went through a lot of illness from the time she was born. As a result of growing up in such a way Victoria suffered from depression and anxiety for quite some time and took many medications to be able to deal with her life situation. Unable to continue living under such conditions, Victoria decided to do whatever she could to leave the country, which she felt imprisoned her. Before leaving Iran Victoria had her own successful clinic and practiced as a dermatologist and cosmetologist.

In 1987 Victoria left everything she had behind and travelled to Australia with her six year-old daughter. Victoria’s two sons were unable to accompany her as they were at an age where military training was compulsory and had to escape through Pakistan instead. Her teenage sons arrived in 1988 exactly one year later after their mother and sister. Upon arriving in Australia Victoria had no money or support and was unable to practice in her profession and thus, begun working as a beauty therapist in order to support herself and her family. Before her sons arrived Victoria was faced with possible deportation from Australia and was fearful of having to return to Iran. Thankfully, Victoria’s application for residency was accepted after much struggle and she was able to stay and later became an Australian citizen.

She started her life in one room next to a church and today she is living in huge house and a full-size clinic.

‘By the time I came to Australia, I was taking fourteen Mogadons, valium, pain killers and antibiotics on a daily basis. I was always sick and going back and forth to doctors’, she says. Victoria has had several operations, accidents and many serious gynaecological problems whilst working hard day and night to support her family from her run-down rental home.

She had three unsuccessful and painful marriages and spent most of her life as a single mother with three children and had absolutely no support.

Sometime later Victoria had a severe reaction to medication, was sent home and told there was nothing that could be done for her. ‘I felt like I was sent home to die’, she says. Victoria felt helpless at this stage of her life and realised that she needed to regain her health and that the medical field was no longer a solution for her. That night whilst praying she experienced spiritual enlightenment. This was the turning point in her life and she became a healer. From that point onwards Victoria began her fascination with alternative therapies and was able to treat herself in a natural way.

Today Victoria is an accomplished naturopath, aromatherapist, kinesiologist, reflexologist, polarity therapist, homeopath, nutritionist and spiritual healer. With over forty qualifications, certificates and memberships, Victoria has become one of Wollongong’s most established and experienced practitioners.

I was seven years old and was playing with my brother and I jumped on top of our well, which was covered, by a piece of board. As I was jumping up and down I fell down the well that had very little water as the stream was drying up. I was terrified and injured and it was a miracle that no bones were broken and I suffered no internal injuries. My brother called my mother and she called the neighbour for help. He brought a long ladder and got me out of the well. As I came outside very traumatised, my mother was very upset with me and I got a punishment for jumping on the well. Later on my mother took me to a medical centre for a check up. Everything was OK but I had a lot of scratches and aches and pain all over my body. When I was about nine years old and I was climbing the cherry trees in our backyard to pick up the cherries. As I was trying to reach one of the highest branches, the branch broke and I fell down. I was hurt but, as my mother saw this event, she came to me, she took the broken branch and wet it and whipped me with this branch and then I was put in a dark storage room to be punished for what I did and it didn’t matter how much I apologised and I begged her I was there crying until I fell asleep. She was very strict. For example if my brother or I (who was two years younger) would use a word like “shut up” we would get punished for it which usually meant putting a hot chilli on our lips and tongue. One day I and my brother did something wrong, which I cannot recall what it was, and my mother was so angry with both of us and this time she tried different punishment. She tied me with a rope from shoulders to ankles and hang me in the dried up well which was by then full of different kinds of insects. After a while, just before I nearly passed out, she pulled me out.

While we were growing up we had no financial difficulties. In fact, we used to go to private schools and we wore the best clothes. We had servant to do all the housework, personal driver who used to take us wherever we needed to go, gardener who looked after the garden. In fact, we had a very comfortable life in a big beautiful house. I would say I grew up with lots of money but no love. My mother never hugged or kissed any of us. Her idea of showing a motherly love was to buy us anything we wanted as long as “you do as I say”. I felt I grew up like a lonely bird in a gold cage.

The only way I could survive that childhood period was having my faith in God. I remember many times, when I was so scared in a dark storage room, I used to pray and cry and ask for help and I would feel the warmth all through my body and go to sleep.

I remember every night as soon as I fall asleep that I was flying. It felt so real and I was going everywhere. This experience stopped when I was about 20 years old. It was a very pleasant and beautiful experience.

In my country’s academic education’s system the marks are by numbers from 0 to 20 and I was pressured by my mother to get 20 all the time. On some occasions I would get 19 or 19.5 and I would be crying and scared to show it to my mother and the teacher would come to me and say to me that I have the highest mark and could not understand why I was so upset. And I would say that I was scared of my mother and she would give me the 20 and say “Anyway, you get 20 most of the time so I’ll give you 20 to get you out of trouble”. I used to win prizes at the school for my academic achievements.

This memoir tells the story of Victoria Eftekhari, an Iranian woman who was born into wealth in the 1950s. Despite advantage and privilege, her childhood was filled with emotional and physical abuse, illness, and depression. She endured more than forty operations and endless rounds of medications designed to heal her body and mind. She survived three unsuccessful marriages and spent most of her life as single mother to three children. Iran was her prison, and she was determined to break free.

In 1987, she left everything behind, including a successful career as a dermatologist and cosmetologist, to start a new life in Australia with her young daughter. Her sons, both of an age when military training was compulsory, were not allowed to immigrate with her, although they managed to join her one year later. In that year, Victoria struggled. Unable to work in her profession, she also faced deportation back to Iran. Her health challenges continued to torment her. At one point, her frustrated doctors sent her home to die.

At this moment of despair, Victoria turned to prayer. She chose to reinvent her life and help others. Once she regained her health, she began to work with charities. A healer and student of alternative therapies, she is now an accomplished naturopath, aromatherapist, kinesiologist, reflexologist, polarity therapist, homeopath, nutritionist, and spiritual healer. With more than forty qualifications, certificates, and professional memberships, Victoria has become one of Wollongong’s most established and experienced practitioners.

Victoria Eftekhari was born in Iran in 1951 and emigrated to Australia in 1987. After a lifetime of chronic health challenges, she embraced alternative therapies and trained in France, Europe, America. She is now a respected healer. She was married three times and has raised her three children on her own.