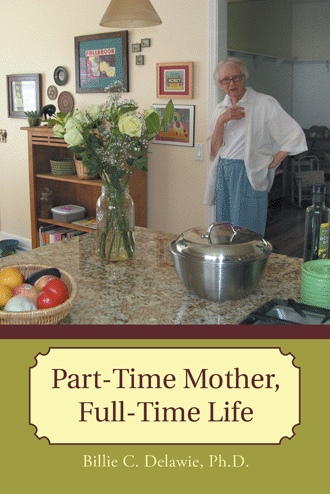 Part-Time Mother, Full-Time Life is the true story of a woman’s personal and spiritual awakening. Divorced, with joint, but not physical custody of her three young children, she completed a Ph.D. in Communication in the Family. As a part-time mother, she developed a more intimate involvement with the children than she had previously experienced. Authentic love emerged for her children and herself, empowering them all. From power struggles to cooperation, from painful mistakes to small victories, she gradually learned to stand up for herself and for the children. She also found authenticity as a writer who redefined motherhood and family, seeking to free them of cultural definitions, allowing the children’s wisdom and true natures to be revealed and supported. This is an inspirational story for today’s women who face these or similar challenges.

“An elegant, honest, often humorous writer whose very personal story describes the experience of awakening and empowering herself and her children. Readers can feel encouraged in their own journeys to become their genuine selves. Lively, engaging inner roadmap of conversations good for women, children and men.”
—Charles J. O'Leary, author of
The Practice of Person-Centered
Couple and Family Therapy

“How does a woman, who was unmothered herself, learn to mother her own children? The real message of this book is that love—scarred and battle-weary—still has validity as a lifeline … that growth need not be stopped by near-overwhelming confusion and constant sorrow.”
—Carol Bedwell, Ph.D, chair, Foreign Languages, Univ. of Wisconsin (retired)

Your writing touches me. You are BOLD! I’m inspired! I’m adopting you as a mother!
—Karin Braun, Metal-smith

Billie C. Delawie’s doctorate emerged from experiences chronicled in Part-Time Mother, Full-Time Life. In the 90s, she created a Festival of Feminine Spirituality and WOMANQUEST: an emergent feminine spiritual path. She went on to facilitate women’s journaling groups, publish poetry and articles on feminine spirituality. Now an elder, she offers wise guidance to evolving families.