The Red Rose of Romance and War

by John A. Yates 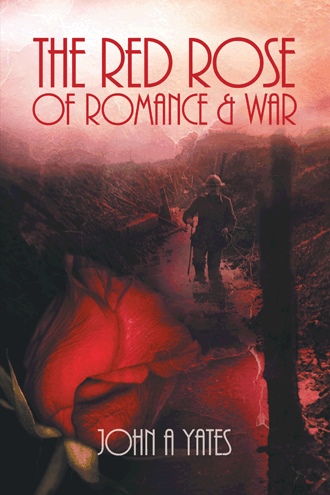 Wilf Yates joined the army to make a difference, but nothing prepared him for his place in history—or in the heart of a nurse named Ann Davis.

As a member of the Australian Imperial Forces, Wilf took part in the capture of Mont St Quentin in France, one of the greatest achievements of any army in World War One. In that fateful campaign, Australia suffered some three thousand causalities over three days of fighting, but those lives were not lost in vain; the victory helped bring the war to an unexpected end.

Wilf’s heroic tour of duty was brought to a halt with a case of common trench foot. In the London hospital, nurse, Ann, inspired his imagination. What would prompt a young girl to give up a life of relative safety to work amidst the horrors of war? She healed more than his body; she healed his heart. Their love story—inspired by the wartime diaries of the author’s father—will transport readers to the terrifying and heady times of the Great War.

After the war ended, Wilf returned to Australia to start a new life together in the lonely bush of Australia. There, he reclaimed his pre-war life as a timber cutter and bullock driver to support his new family. When World War Two started, he answered the call to duty to serve as an army inspector in Newcastle.

Danger is never far away in this lovely, thrilling story of mud, blood, and romance.

John Yates, the son born of the wartime romance that inspired The Red Rose of Romance and War, lives in Belmont, NSW, Australia. Now semi-retired, he owned a packaging company for most of his life. He and Val, his wife of fifty-three years, have three children and six grandchildren.