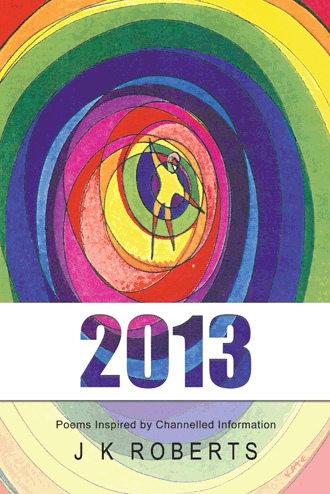 2013 —A book of wisdom in poetic form. In this transforming world, we long to help. We long to know. There are problems, but we can still sing, “We shall overcome”. The guided wisdom we need keeps coming for us to find wherever we are and wherever we may choose to go. We know we’re becoming more sensitive and more aware. Do we suspect we can create a golden age if we dare? In poetry, essential truths can be short and pithy expressions of messages. In this book is pertinent poetic information designed for our joy, our enrichment, and our upliftment.

Born in Boston in 1929, while my father was doing his doctorate at Harvard. Mother and I were sent back to the Idaho farm later in the year, after the depression hit, though we did return to Cambridge as soon as we could. When I was four, we made our first real home on the edge of the desert in Tucson near the University of Arizona, where Father began his teaching. I have been a wanderer ever since.

In 1959, I finished my BA in fine arts at Mary Washington College of the University of Virginia; in 1960, I did my M.S. in Library Science at the University of Southern California, and in 1989, I completed my M.A. in Arts and Consciousness at the John F. Kennedy University in Orinda, California. l spent about a year studying and working in the Findhorn Community in Scotland and have spent many enlightening months in Sedona, Arizona.

I have lived about half of my life in the U.S. of A. and half in Australia. Last year I taught transformative art at Mystic Mountain in Corvallis, Oregon; this year I have been in a retreat mode, mainly for poetry writing. Now I am about to leave Woodend, Queensland, for wherever I can find transformative art teaching.