I Talk To Strangers 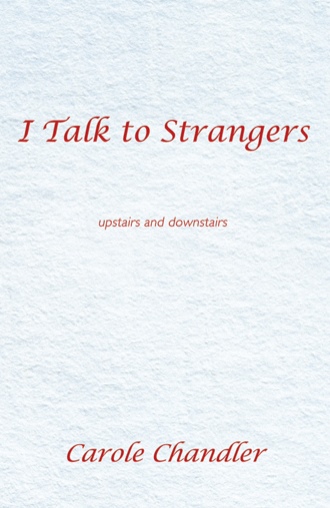 So with my keen anticipation for the delights ahead, I boarded the double decker and did what I always do, I smiled and said hallo to the driver. Well of course I did, I mean why wouldn’t? After all he was doing me the honour of driving me from home to my destination, so the very least I could do was offer a simple cheerful salutation at no cost and little effort. After a smile, a hallo and a bleep of my trusty Oyster card, I sat upstairs at the front for my travelling enjoyment. I shall say it now and I suspect I may say it again, that sitting upstairs at the front of a double decker bus is the best show in town. Fact.

The route for this service ends in Waterloo, this was my stop anyway and the bus was going no further, so I did what I always do, I walked to the front of the bus to say thank you to the driver. Well of course I did, I mean, why wouldn’t? After all he had done me the honour or driving me from home to my destination, so the very least I could do was offer him a few simple cheerful words of gratitude at no cost and little effort.

I do this because I like to say thank you. It makes me feel good and if the driver responds, that is a bonus. Sometimes they do and sometimes they do not, either way it is fine with me. I understand that everyone has ‘stuff’ going on in their lives so there can be a multitude of reasons why someone may be feeling a tad grumpy. Let’s face it, I had chosen to travel into town on a Sunday morning and I appreciate that other people might prefer to do other things with their lives at that time of the day. Who knows, perhaps I would have chosen differently if I had a car to wash in the street, a dog to walk in the park, a partner to cuddle under the duvet, a church to share hymns with others or one of the many other Sunday morning activities which may have been taking place elsewhere.

A couple of weeks later I was walking along Garratt Lane when I heard the hoot of a horn. I ignored it. I heard it again, I ignored it. I crossed the road, heard the hooting tooting again and ignored it again. Why did I ignore it repeatedly? No particular reason, except that when I am walking, I generally focus my attention on the present moment, finding the beauty in something to observe and ignore distractions which do not concern me such as sirens, car horns, some forms of human activity and such like.

By the time I had crossed the road I became aware of a vehicle driving slowly beside me, not just any vehicle but a double decker bus. I vaguely wondered why it was moving quite so slowly when I heard the tooting hooting again and guessed that it was coming from the slow mover. Perfectly convinced that the noise could have little to do with me, I idly glanced in the direction of the large red people transporter, only to find the driver waving energetically at me. Guess who? It was my chap from the Sunday morning conversation time at Waterloo. What a sweetheart. Not only did he remember me but he went to all that trouble to attract my attention. I mean seriously, what a sweetheart.

I talk to strangers because they talk to me, and bus-related stories have inspired my third book.