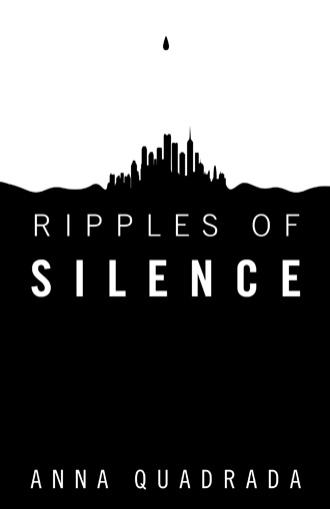 We live in a world dominated by fear. As conscious, responsible citizens, we dutifully switch on our TVs every evening to follow the news and get to know what happened. However, no matter what, the summary of the day is always a grim list of disasters that restlessly shape our inner understanding of the world. Consequently, the future of humankind seems bleak, and the meaning of our stressed lives pointless. But what if, in the middle of this media-driven society, one of the most famous and acclaimed news presenters decides to stop talking? Would you understand his decision, or would you be outraged by it? Would you want to know why he stopped talking, or would you rather think he’s crazy? Ripples of Silence is a fast-paced psychological thriller that will take the reader through a hypothetical scenario where the silence of a prominent news presenter boldly questions our society’s most hidden assumptions and beliefs.

ANNA QUADRADA
was born in Barcelona in 1975. Before starting her writing career, Anna worked as an architect for several years in different European countries. Currently, she lives outside Barcelona and is combining her writing with other artistic work. Ripples of Silence is her first novel.