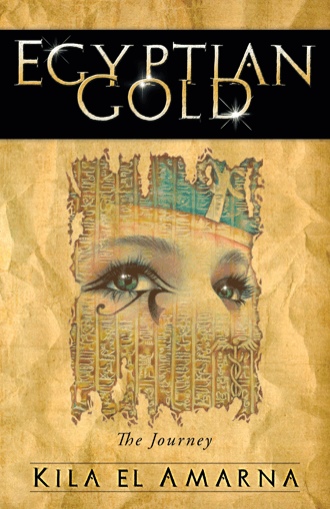 The small caravan made its way towards Siwa, the oasis that housed the Oracle. This was the final test for K’ilah to be anointed as Enchantress. She had studied hard for three floods of the Nile under the wise guidance of her beloved Semtute for this privileged event.

Her stomach was in knots as her carriage bounced on top of her camel and it was hard to keep her mind on the task ahead. The Oracle is a legend; I have to keep my wits about me. Her training in the art of magic was finely tuned for the Oracle was not only a priest of magic he was the most powerful ‘Seer’. They say he could see through to the very ‘Ka’ the essence of ones soul, knowing a person better than they knew themselves.

On arriving at the top of the dune before the oasis the camels had already smelt the water. They were eager to get to the drinking hole. As they made their way down a path lined with palm trees and grasses they pulled at their ropes to go faster. Once there, Priest Semtute gave the orders to make camp and water the animals and he took K’ilah by the hand. He could smell the fear emanating from her body. “K’ilah, do not fear this man or his tests, I would not have brought you had I not thought you ready.”

“Have you ever done these challenges against the Oracle, Semtute?” she asked hopefully.

“You know I have not, only future Oracles and Enchantresses are to obtain ‘The Master Words’ by learning the Seers gifts then pitting them against ‘The Master’. Even though you will not be pitted against him to relieve him of his title of ‘Oracle’ he will not be lenient. He will challenge you as if you were going to take his place. Just study as you always do, and hold strong to your faith to abate your fear. I know you will be better skilled than he is; it is your destiny,” he said and led her along the edge of the Oasis.

An old man, with hands so gnarled the fingers looked like the twisted trunk of the monkey tree, beckoned them to follow him into the cool interior of a hut. His skinny dark bronzed body was wrapped only in a dusty loincloth. He had no hair and no wig. His eyes were like polished obsidian, black but unseeing. He went over to a shelf and picked out some herbs and threw them onto the fire contained in a circular hole in the ground. It spat and fumed clouds of smoke, their eyes stung for a while, then cleared. K’ilah began to relax; feeling at peace, she smiled inwardly, He is trying to make me calm by using Frankincense and Myrrh, a beautiful gesture, she nodded towards him in gratitude but did not speak.

Priest Semtute looked to the Oracle seated in a lotus position behind the fire, he helped K’ilah and then seated himself in the facing the Seer.

The hut seemed to darken, and the air grew musky. It felt as if they were in a cave in the Valley of the Kings. K’ilah realised magic was being invoked, she could hear the Seer speaking to her, but his lips were not moving, and his eyes were shut. “You have come to learn my craft; I have looked into your very Ka. I will accept this training of your senses, as you have the strongest Ka I have had the pleasure of assessing.” K’ilah did not need to respond she knew he was still reading her Ka. She felt as if she were being dragged down a tunnel, she knew he had her Ka and was taking it to another place.

“Your destiny is on three major levels,” he said from afar. “Even though you will master all that is before you in this life, it will only finalise in your third awakening from the underworld”. In her mind’s eye she could see a woman familiar to her.This woman wore different clothes, clothes she had seen before in her initiation meditation. The woman was the overseer of men, she was ordering them to load treasure into big black birds. These birds were able to carry the treasure in their stomachs. The scene changed again and she saw the same woman leading an army of the most unusual chariots she had ever seen. Instead of arrows being fired she saw weapons lifted and short bursts of flames spewing out of the mouth of the weapon.

As the image faded, he was speaking to her again, “Like the Cobra trancing men, your eyes and voice will put men into a sleep or make them give you any information you wish. See the Cobra?” She nodded as the image of the Cobra materialised. “Watch his eyes.”

The Cobra was looking at her. She could see him in full detail, black scales; side wings flaring, and white fangs dripping. The eyes held her firm, she wanted to flee but he held her with his gaze.

“Listen to his voice, he talks two words at a time.” She could hear him telling her the secrets she knew she must hear. “His words come in slow and low, they sway like his head.” She saw the beautiful yellow eyes swaying from side to side, reciting the gifts of time all the while.

She found herself walking along a ridge, her dress flowing behind. A tiger appeared, its stance ready to spring. Shocked, she turned towards the direction where Semtute was sitting, and she heard in her mind, “Semtute is not here K’ilah. Remember the Cobra.”

Flight from the tiger was in her mind, but accepting this would entice him to give chase, she stood her ground. Looking directly into his eyes, she began calling softly and slowly, swaying to the rhythm, talking two words at a time, low and slow. His menacing growl slowed, his eyes became tired and he lay down. She kept him in her eyesight until he slept; she briefly closed her eyes in relief.

Opening them quickly, in case he should stir, she found herself in a laneway in Thebes. She walked down the dark lane apprehensively. Footsteps sounded behind her, as she turned a man called out, “K’ilah it is Fasad.” She thought she knew him as a friend, so she stopped. Yes, she could see his face now, and she smiled.

He caught up to her, and grabbed her hair pulling her neck back. “I am pleased you remember me now. You did not bother to speak with me before.” He put a knife to her neck, then slid the blade down her throat, taking care not to cut the skin. “Yes this is what I have waited for all these years, for you to take notice of me,” he said as the blade pushed gently onto the soft cushion of her breast. He took her mouth with his, she did not resist. She could hear someone saying something, so she listened. Remember the name, K’ilah; remember all the names the Cobra gave you.

Fasad slit the front of her dress, where the material started under her breast. As he did this, she called “Tutmose.” Her body attuned to her training from Rakhr, she raised her right arm and grabbed the man’s hand holding the blade as if he was a mere child. She pulled the hand down and twisted it back with the pressure of her thumb, to the back of his wrist. The power emanating from her whole being was titanic. He cried out, she pressured him until his head was on the ground, his arm up and back. She placed a foot upon the arm and crushed it. The cracking noise of the bone splintering, echoed in her mind, and the scene was gone.

The Seer was once again focused in her eyes. She looked at him asking with her mind, he answered in her mind. He had to be punished, he would have killed you! Feel no pity for the enemy, whom ever it is. You will have many friends that turn foe; you cannot let them go unpunished!

In 330 BC in Egypt, a beautiful young girl named K’ilah had no grasp of the adventures she was destined to know. Already, she had seen twelve risings of the Nile, and she was not yet married. This upset her; most girls her age were married and already had two children. But in a flash—as quick as lightning—she would find that she no longer had time to obsess about her lack of a family. She was about to be catapulted into a world of challenges so daunting that most men would run from them. Overnight, K’ilah’s destiny became grander than any she could understand at such an age.

She was destined to ascend the throne as queen and pharaoh of Egypt.

Through K’ilah’s wide and ambitious eyes, a new view of ancient Egypt emerges, in which the true identity of the prophet Moses is revealed. Despite what historians say, he was not the child of slaves. Hidden papyrus text revealed Moses was actually the heretic pharaoh Akhenaten.

King Darius of Persia, Alexander the Great, Akhenaten, and his dangerous queen, Nefertiti, all play their parts in K’ilah’s strange new world. Love, sex, war, and magic are timeless elements in a story that reaches across the ages in Egyptian Gold: The Journey, the first book in Kila el Amarna’s trilogy.

Kila el Amarna began winning writing competitions when she was in school. She was born in England and lived in Canada before settling in Australia. She has raised her two children in Queensland, Australia.