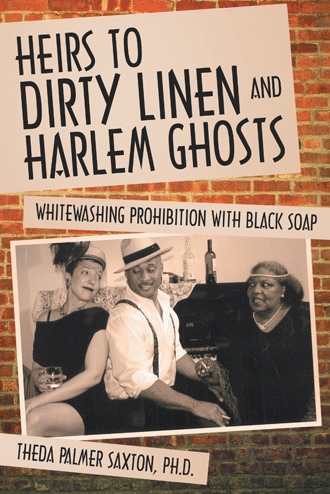 Getting Pregnant with Prohibition

Somewhere around the late 1800’s, women had little recourse from domestic violence .Being on the loosing end of week end brawls with their drunken husbands over paychecks was on the increase. Poor working class, unskilled white households became battle grounds for women and their children. For survival they took action. They wanted saloons to close and ban alcoholic drinks.
Collectively, these women were willing to nurture and deliver this idea across the country and change the laws, even if it meant changing the constitution .To the best of their limited knowledge, they actually thought banning alcohol would solve domestic violence issues.
While on the other hand, black women during the same time frame in the late 1800’s were in serious need of help in establishing a better life for themselves and their families. White women wanted sober, peaceful husbands. Black women wanted the right to get married and have husbands, who could work come home without being lynched by white men hiding under sheets.
Each was seeking changes in the law. Each woman wanted parity with the white man for the improvement of their particular situations. However, each lived as far apart as imaginable, but within clear vision of each others predicaments. Without the benefit of personal communication established during slavery, each was aware of the abusive power of the white man.

How were these white women to know that Prohibition would become King Kong unleashed on the world? How could they imagine the severity of the far reaching negative and complex ramifications and mayhem, their new live birth child, Prohibition, would unleash in America forever? Who knew?

Successful entrepreneur and author Dr. Theda Palmer Saxton uncovers the Heirs to Dirty Linen and Harlem Ghosts as she weaves together the most unlikely events and people into a neat package filled with salacious political corruption and organized crime. Theda threads racism, newly empowered white women, greedy white men, and self-serving politicians into the eye of a needle deeply embedded in the garments which clothe the players of speakeasies on Swing Street. The emerging new Northern black population collided with white, New York, high society, which was thirsty for a quasi-relationship with the “exotic” new Negro writers and musicians. Harlem vicariously became the cutting edge leader in interracial relationships, trendy clothing fads, raucous clubs with scantily clad chorus girls, and evolving jazz giants. Dr. Theda lays out a substantive pictorial format of Bill Saxton’s rich past, which places him at the right place at the right time as the quintessential music steward of the legendary Bill’s Place on Swing Street. Heirs to Dirty Linen and Harlem Ghosts is a must-read for the curious minds wanting a peek into familiar tales of American culture connected from a black woman’s perspective. She breathes fresh air into the musician’s unsettled spirit, which haunts Harlem. Thanks to her business acumen and Bill’s talent, Swing Street via Bill’s Place still perpetuates jazz music, which remains America’s sole original artistic cultural contribution to the world. It swings.

Theda Palmer Saxton, PhD is a professor of Cultural and Interpersonal Communication. She has taught at Howard University in Washington DC and Pace University in New York City. She is also the author of The Seasoned Woman Speaks and co-owner of Bill’s Place in Harlem.