Into the Light, Returned from ‘Death’ 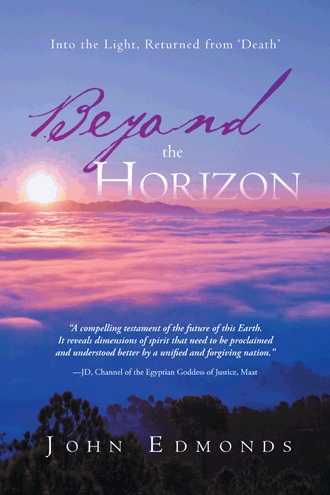 This is a three part trilogy; the first book of the series is a true story about kiwi Aotearoa, New Zealander, John Edmonds. His life was like any normal Kiwi, businessman, a diminutive self confessed father, son and, an unconscious and suffering soul.

On one hot November afternoon in 2008, his life was about to change forever. John had without warning, an NDE or Near Death Experience by a cardiac arrest. For twenty five minutes without a heartbeat, his body endured 8 defibrillation shocks to his chest, a multitude of drugs, four adrenaline shots to his heart, multiple broken ribs and sternum rupturing and consequently, severe brain damage. What has made this case so extraordinary was that his survival is noted as being one of the longest cases recorded in the world without a heart-beat. To survive such an extraordinary length of time dead he had only an estimated one in five billion chances of surviving such a grueling period of time without oxygen.

After his resuscitation his body was put into a coma and then into an ice (hypo-thermal) bed for 18 hours in an attempt to prevent his brain from swelling and dying. In an extraordinary and medically unexplainable event, he almost inexplicitly lost it again the following day due to brain oxygen depletion complications.

For twelve months he underwent intensive rehabilitative therapy to help him walk, comprehend, remember, and integrate himself back into physical reality again. He was aware that he was not the same person he was in his past life albeit they were scattered fragments of another life, a distant time, an uncommon realm. The recollection of his journey due to the publicity and dizzying media attention his survival had attracted, he chose to remain private with his family and children until such time that he would feel comfortable sharing his experience.

‘Beyond the Horizon’~ Into the Light, Return from ‘Death’ is his story, struggle, incredible and remarkable recollection outlining an epic journey, his present day, his calling, and revelations. A journey far beyond the realm of the living on the earth and an awakened revealed purpose was laid to a set of agreements to the choice that he was given in exchange for his life and direction, and that of the world. The fascinating and compelling non-physical experience and instruction he received during his time on the ‘other side.’ is the chronological account of an astonishing tale of survival, courage, revelation, and inconceivable willpower. 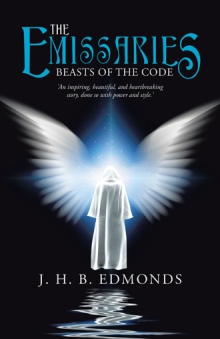 Author John Edmonds was given something very few were given: insight on the day he died. For the twenty-five minutes when his physical body was without a heartbeat, his spiritual self soared to a great and profound epiphany. On this impossible journey, he was given a glimpse into a greater truth as he learned of his thirty-three previous incarnations on this earth.

Among his past lives, he was an Inuit kinsman, a father, a doctor, a seafarer, an ancient pagan chieftain, and a monk. He was allowed to revisit a former life in which he and Jesus Christ, his dearest soul brother, lived in a town called Bethany. There, they shared in His love and wisdom. At night, as the blazing winter fires burned, they partook of the Divine. John and his sisters clothed Him, bathed Him, and anointed His feet. In return, He saved them in every possible way. Their hearts were torn to learn of His great suffering. He was the One, the Messiah. He was Christ Jesus, and He was John’s dearest friend.

These are John’s tales of a past life spent in the blessed company of Christ Jesus, his brother, his flesh, and his blood—his very personal recollection of an extraordinary friendship and love. It chronicles an epic journey from ancient times to the present day, a journey far beyond the realm of the living. This is the story of his fascinating and compelling nonphysical experience and the instruction he received during his time on the other side. His is an astonishing tale of survival, courage, revelation, and inconceivable willpower.

After surviving for twenty-five minutes without a heartbeat, John Edmonds rediscovered his truth and life’s purpose. He now teaches meditation groups, spiritual awakenings, and connections through Satsang, in which egoism is cast aside so that mankind can evolve into purely spiritual and loving beings. He currently lives in New Zealand.