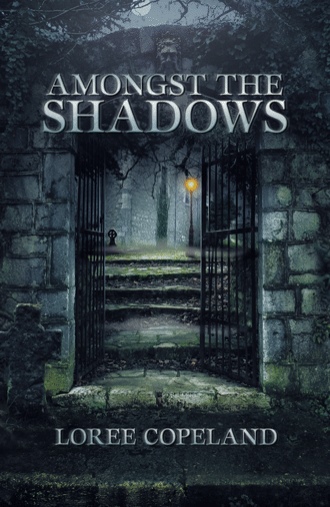 Ellen Rutledge, an appraiser of fine antique furniture, has lived in London for the past four years. She has agreed to accept Lila Chaddoux-Foxx’s invitation to come back home to the States to perform an appraisal of the vast collection of antique furnishings at Chaddoux House. Located in the superstition-steeped Deep South, on a small island off the coast of Louisiana, Chaddoux House is the ancestral home of the Chaddoux family. The massive stone edifice built in the 1700s by the first forebear, an unscrupulous sort, harbors within its dark walls the insidious secrets of generations of Chaddouxs. From the moment Ellen sets foot on the island, the past begins to cry out to her, as if for justice, through a series of nightmarish visions in which she experiences the terror of certain death. In each instance, Ellen finds herself inexplicably reliving a tragedy that, judging by the clothing she is wearing, happened to someone in the far distant past—a woman of a bygone era.

Unable to escape or ignore the visions that intrude upon her most private space—her mind—Ellen begins a quest to find the answers for what she is experiencing, in an attempt to stop the torment. Soliciting the help of Matthew Chaddoux-Foxx, the sole heir to the family fortune, they begin a journey of discovery that uncovers a web of lies and deceit that intricately links their pasts and futures.

Loree Copeland, an avid reader of mystery and suspense novels from a very early age, began writing her own novel of suspense several years ago. She has written the book she always wanted to read. The labor of love was completed almost exactly ten years to the day from when she began. A career in the finance industry and a busy family life kept her from fulfilling her lifelong dream of having her work published. But recently, and most serendipitously, a narrow window of opportunity presented itself, allowing her the chance to focus all her time and attention on her true love: writing. She is currently at work on her second novel and promises that this one will definitely not be a ten-year process.

Loree and her husband, both natives of Southeast Texas, make their home on a beach in Galveston County, Texas.