autopsy of a human soul 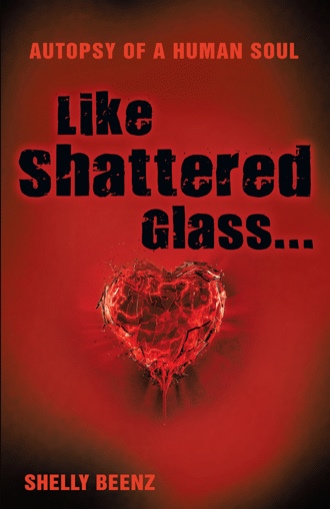 …the autopsy of a human soul
No parent should have to bury a child. It is the greatest loss a human being can experience. And it happens all too often. The toll that such a loss exacts is terrible. Most marriages don’t survive. Mimi’s didn’t. After nine years, she remains in therapy. There is no end in sight. And that is but half the story, half the tragedy.

The birth of her first child, Jessie Marie, in 1996 changed Mimi’s life forever. Hers had been a hard road and Jessie’s arrival brought sunshine and blue skies to a life that had too often been cloudy and grey. More than ever before, the future looked bright! For a while…

On Halloween night of 2003, everything changed. Mimi stood and watched helplessly as the doctors fought desperately to hold on to Jessie. But it was too little; it was too late. Jessie quietly slipped away at 1:21am. She was gone. So was the sunshine.

But suffocating grief could not stifle Michelle’s need to know: WHY? And the answers just weren’t coming. Mimi began to dig, and eventually she learned the appalling truth: Jessie’s doctors hadn’t done what they were asked to do, and they’d lied about it. Jessie was dead because of negligence, and incompetence. And nobody would be held accountable.

Along with hundreds of other parents, California’s MICRA law would keep Mimi from having her day in court. Her epic struggle to expose the injustice of MICRA would win Mimi the CAOC’s “Consumer Advocate of the Year” award (the Erin Brockovich Award) for 2005.

The poetry of Like Shattered Glass tells a story. It is a hearts-eye-view of the anguish and torture that a mother endures. If you have experienced such a loss, this book will show you that someone else really does understand. Like Shattered Glass is nothing less than the autopsy of a human soul.

Today, Shelly Beenz resides in northwest Montana with her two sons, her new husband and their daughter. She is a full time Mommy, a dedicated activist for medical malpractice victims’ rights and is currently working on her next book.