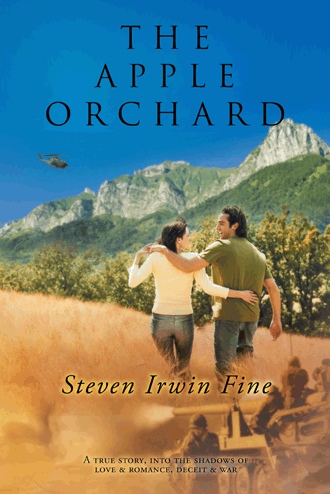 The Land of Milk and Honey

Tomer spent several days in the hospital, but fortunately, he suffered no severe injuries other than extensive bruising and red marks. He was swollen and red where the hose tasted his flesh. Some small sores were septic on his body, and between his nostrils and upper lip, a bright red mark from the dried mucous streaked his face.

Above all, he showered and washed the spit, blood, urine and filth from his body. Doctors, nurses, and a physiatrist all checked him out one by one. One day, an Israeli doctor visited him with an international peacekeeping medical force team, and the doctor explained to the soldiers how his condition had been caused by beatings and dehydration. Other than the Israeli doctor, not one person wished him well, and it appeared that the senior foreign person was a medical doctor and the Israeli hospital doctor was merely imparting some knowledge and treatment for Tomer’s condition.

When the time came, Tomer was happy to urinate in a clean toilet and not in his pants. Dalia could not visit as she was in the United States with her mother. Everyone expected her home soon, and hopefully, she would explain her absence then. Tomer never said a word to Dalia’s mother about his ordeal. He just wanted to call her, but she had left no telephone number.

A nurse passed a message to Tomer telling him that Shimon sent his regards and apologized for not visiting but that he was busy up north. Tomer knew that he was still engaged with surveillance.

When the staff discharged him, they booked Tomer at an army rest house. Sleep, food, and more sleep was all that he needed. He ate well, but he could not bring himself to eat olives yet.

Eventually, someone by the name of Mordechai collected him and escorted him to Yossi’s office. Yossi was one of the senior members of Mossad and ex-Shin Bet. “Sit, Tomer. Make yourself comfortable.”

Tomer greeted him briefly and sat down in a wooden chair.

“Do you need more rest?”

Yossi studied him for a few more seconds.

“Tomer, we only managed to find out where you were late into your capture. Aided by our informers, our intelligence together with Yonah and Shimon.”

“Are you ready to go back into Lebanon?”

Tomer was dumbstruck! Was he serious? “In what capacity?”

Yossi continued, “You will go back only if you are ready, but Tomer, you won’t go alone, but on a massive raid with massive ground and air support.”

Tomer’s eyes began to sparkle and shine, “I am ready now, today and tomorrow. Just say the word. Jibril will be there in the near future too.”

“Before Rafiq was killed, he told me. A massive arms delivery was going down in three to four weeks,” Tomer lied. And the reason he lied was because he wanted them badly, more than anything in his life. He wanted Yasser and Fatma, the pregnant devil. She was going nowhere as she was due to pop.

“Interesting,” he said. “Tomer, I need you to see a friend of mine for an hour or so tomorrow. His name is Levy. Wait for him at the rest house. He will see you there.”

Tomer acknowledged the man’s request, and soon, a middle-aged lady brought in a tray with coffee and biscuits on a plate. They both dipped the biscuits in the coffee and ate. There must have been about ten on the plate, and Tomer polished off seven. Yossi asked him many questions over and over about the dungeon, the people, what they looked like, the area, Rafiq, and his connections.

“His name is Yasser, and her name is Fatma.”

Yossi stared at him, and Tomer could see him thinking.

Tomer was driven back to the rest house, and he slept like a log that night; however, he woke up early and thought about the plan. After breakfast, reception told him to go to a small lounge. He had no idea who this Levy guy was. When he stepped into the small lounge, he saw a figure sitting and facing the entrance of the lounge.

“Come in and sit down, Tomer. I’m Levy, Dr. Levy,” he said and then stood up. They shook hands, and then they both sat. So that was it. Did they think he was an idiot? He should have realized he would be subjected to a shrink. He intended to play it very cool and be careful in what he would say.

“Yossi asked me to see you. I am a psychiatrist. Are you comfortable with that?”

“Sure” he lied. He was burning with hatred and revenge.

“You know there is a little Hitler in all of us.”

This guy was analyzing him, and he could feel it. “What do you mean, Doctor?”

“We have a cruel streak in all of us.”

Then there were more questions—if he slept well, ate well, if he ever woke up in the middle of the night, if he told anyone about his horrific ordeal, if he was married, if he had lost his temper since the ordeal, and if he ever wet himself since then. No notes were taken or scribbled on a pad. The doctor made it clear that he had been called in to see if Tomer was emotionally fit for duty after his ordeal, which was all obvious to Tomer. And he did feel emotionally fit. All he wanted was vindication and vengeance.

“You survived a tough ordeal. Keep well, and shalom.”

“Shalom, Dr. Levy. A pleasure to have met you.”

They shook hands, said their good-byes, and left. However, they walked to the lift together. The doctor pressed ground, and Tomer pressed floor two. When the lift opened, he walked out, and so did Tomer. He picked up the phone at reception, and Tomer hid behind a nearby pillar.

“Shalom, Yossi. It’s Levy here. The boy is 100 percent healthy in my professional opinion. He is nonchalant and as cool as a cucumber.”

The discussion was laconic. He replaced the phone at the desk and walked through the revolving doors. Tomer smiled to himself. He was proud that he had performed well.

On the last day at the rest house, Yonah joined him for breakfast. They spoke long over their food, but they were very careful not to speak near anyone else. After coffee, he beckoned Tomer outside to the well-maintained garden. After they checked to make sure that no soul was there, he put his hand on Tomer’s shoulder for a few seconds. “Tomer, go back home to Tel Aviv. Get back into the vibe of the city. Soon, Jibril will be ours. The mission is of unparalleled importance.” Then he looked at his watch, although Tomer was positive Yonah knew the time, and then he left.

The day could not have ended any better. Fuck Jibril for now. Tomer wanted the torturers. He was on a mission, and he intended to get them, all two and a half of them.

A true story, leaving his family in South Africa in 1972, Shimon travels to Israel. He plans to learn the language, sleep with as many gorgeous girls as possible, join the army, and live for the day. But a chance encounter with a beguiling woman on the bus impacts his future far more than he could have imagined.

Shimon understands that at this time in history, as long as there are terrorists, Israel will never sleep in peace; it is a nation always fighting for survival. Fit and fast, he earns high praise from his superiors in the army; his personality and skills make him a perfect candidate for becoming an agent with the Shin Bet Israel’s Security Agency, a position where life and death situations are routine.

Telling a tale of action, adventure, deception, and romance, The Apple Orchard follows Shimon as he works covertly with Shin Bet to protect the religious freedoms in the Holy Land of Israel. The enemy fears Shimon and women love him, but his love for his country is the greatest love affair of them all.

Steven Irwin Fine spent several years in a security capacity in Israel as a soldier and agent in the 1970s. He and his wife, Eileen, have two sons. This is his debut book.