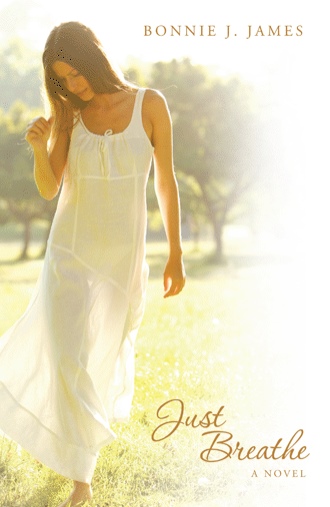 Lola followed Matt up the stairs, trying her best to calm her churning stomach. She told herself she was just embarrassed. But who was she trying to kid? The jittery nerves were coming from something else too. Her gut was twisting and turning because of Matt’s presence, because she couldn’t keep her eyes off of the snug fit of his jeans or the wide, strong shoulders that she wanted to run her fingertips over.
She nearly bumped into his back as he stopped at the porch door and held it open for her. Lola slipped inside, avoiding his gaze.
Moments later, and much to Lola’s chagrin, she continued to find herself studying Matt’s body. This time it was his strong legs, one bent, the other straight out, jutting into the middle of the kitchen while he worked beneath the sink.
Lola nibbled on a fingernail as she watched him. She eyed the toolbox beside his knee, full of old, worn tools. Strange how it gave her a sense of safety that she hadn’t felt in a while - a sturdy, reliable man fixing broken parts of her life, willing and able and generous. Strange… and frustrating. His voice startled her back to the present.
“Can you hand me the wrench?” he asked, holding a hand out. Lola bent over the toolbox, trying to remember which one was the wrench. None of them looked like the one he’d used on the Chevy.
Matt sighed. “It’s the one that looks like Pac Man.”
“That’s the one I was going to pick,” Lola grumbled. She glared at the shiny metal Pac Man tool. There was more than one kind of wrench? Good God, how was a normal person supposed to know this? She pulled it from the box and set it in his outstretched hand. His fingers touched hers, and for a moment Lola was paralyzed.
“Lola, I think we should set some ground rules,” Matt said.
Lola gulped. Ground rules for how much she could ogle him? For how many times he could touch her in one day and light her skin on fire?
“Like what?” she asked, her voice small.
He shifted under the sink and Lola watched a muscle bulge in his forearm. “From now on, I think it’s best if you don’t buy any tools unless you actually know their names and exactly what they’re used for.”
Relief zipped through her body. She laughed out loud and kicked Matt’s sneaker with her bare toes. “That’s not fair!” she cried. “I was only trying to fix my aunt’s leaking sink! I shouldn’t be banned for that.”
“That’s exactly my point,” Matt continued, his voice steady. “If you have the desire to fix something, great, but first you need to make sure you understand exactly what it is you’re fixing. And you need to know, for example, what this tool-” he grappled with the few tools beside him before he held out a screwdriver, “-is called.”
“That’s a Phyllis screwdriver!” Lola shouted through her laughter.
“Phillips, Lola. A Phillips screwdriver.” His voice was choked with laughter. “And what’s it used for?”
“To screw things!”
Matt lifted his head and stared at Lola, then rolled his eyes. Giving up, he adjusted his body so he could reach around the pipes. His strong legs slid as he shifted and his shoes braced against the white tile floor. His shirt lifted over his torso a few inches to reveal a tanned washboard stomach.
Lola sucked in a breath of air and bit her bottom lip. She looked at the ceiling and fought for control. “So if a screwdriver isn’t used for fixing a faucet, then why did Charlie tell me to buy one?”
“It is used for fixing faucets. It’s just that Charlie was too distracted by your pretty dress and long legs to tell you which part it’s supposed to fix.”
Lola froze for a moment, her heart pulsing from the compliment. Were these Matt’s words, or was he just relaying the thoughts from a lonely old man at the hardware store?
“How about from now on you just ask for help before you start fixing anything. Deal?” he asked.
Lola sighed. “Deal.”

After losing her husband, her job, and her sanity, single mom Lola Sommers needs a plan. It’s time to get back on track, and the tiny all-American town of Hope River seems like the perfect place to do it. But when Lola decides that fixing up her aunt’s dilapidated house sounds more inviting than fixing up her life, she faces a new complication—the bossy and delicious Matthew Dawson.

Protective of his hometown and its people, Matt is used to fixing everything for everyone. When he finds himself facing the stubborn and independent Lola, he’s not sure if he’s annoyed or aroused. The dark-haired beauty has a way of getting under his skin—and sneaking into his heart—and Matt isn’t sure if this city girl is worth the hassle. But when the meddling residents of Hope River decide to take action, Matt finds he has little choice but to give Lola a chance. Together, they discover that fixing a broken life sometimes means taking a risk on love… and that one life-altering event can change everything.

Bonnie J. James has traveled and lived abroad, but many of her fondest memories are from the small Wisconsin town where she grew up. She loves to weave her hometown setting and rural upbringing into the lives of her characters. Bonnie lives with her husband and two young sons in Minneapolis, Minnesota. She is busy writing her next novel and loves to hear from readers! Visit her website at bonniejjames.com.