My Experiences with the Paranormal 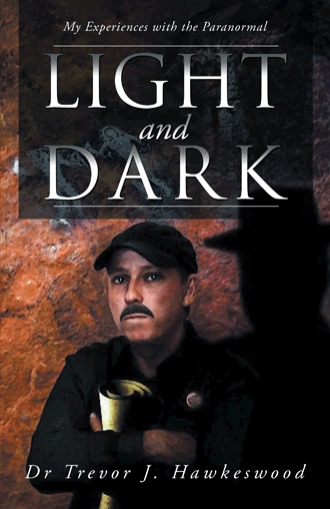 During late August, 1969, soon after we had heard that my father had been transferred to the tiny town of Sale in eastern Victoria and had already traveled there to secure us a house etc., my brother Brian experienced a very vivid dream about an ugly old woman at a railway station in Melbourne. He mentioned this dream to me and to my mother the next morning, but at the time Mom didn't pay much attention and I thought it was just a normal dream or perhaps a simple nightmare. However, the next night, Brian awoke and categorically stated that he dreamed about the woman again at the railway station!!. It had been the same dream, more or less. Mom still said that it was just a dream and not to worry. I remember my brother was very scared. It should be noted that these dreams occurred only a few days before we were to leave Townsville. About 2 days later I had a similar dream, believe it or not. I relate this dream here as follows: at the railway station there was a hideous looking old woman in drab clothes (not carrying anything like a handbag or suitcases, just standing there by herself) who was just staring us as we walked past; as we passed, her head followed our movements in the direction towards our train; she was standing upright on the platform leaning against a pole near some stairs. Brian and I talked about the shared precognitive dream but we could not come to any conclusion why we both dreamed about her. Anyway, we temporarily forgot about the dreams as we prepared for the long journey to Victoria from north Queensland. We (my mother, sisters and brother) flew down to Melbourne and a taxi transferred us from the airport to a railway station. Another train took us to another railway station where we changed to another train destined for the Gippsland area some 150 miles away. We secured our luggage and then found ourselves on a platform near some stairs. Just then I turned around to see a scared look on Brian’s face, for there low and behold was the old crone that Brian and I had dreamed about a few days earlier in Townsville!!. She was merely standing there staring intently and somewhat aggressively at us. She was wearing drab clothing which consisted of mostly a pale brownish-white, dress and a drab, worn cardigan) and there was a weird aura about her. There were other people moving about the station but nobody seemed to notice her. I said, “Mom there's that old lady that Brian and I dreamed about!” Mom could not believe it but rushed us as quick as we could to the awaiting train. As we shuffled quickly into the allotted carriage, we looked out the window and the old crone was still there looking directly at the window of the carriage. Eyeball to eyeballs! Only her head had changed angle. I couldn't believe it. I was hoping that the train would start and get moving. I was worried that the crone would come to harm us. However, as the train started to chug along the tracks, I observed that the woman was still watching us. I kept on watching her too as the train slowly chugged and built up some speed. Finally we were out of her glaze. But she never took her eyes off us all the time we were close to her and as the train moved away. Well what the hell was this all about? I think the woman was a ghost and appeared to us in a dream. Or did a Guardian Angel send us the dreams in order for us to take care? The old crone did not seem very pleasant and just stared nastily at us. What did she want from us? Why didn't she say anything? Why appear to us in dreams? Why was she in Melbourne? I really have no idea about this visitation. Maybe a reader can enlighten me about this weird experience.

During one dark still night I gradually awoke to see a most hideous face staring at me at about two feet off the ground. This face was upright while I was lying perpendicular to it in my bed. My right hand appeared to be paralysed like the rest of my body and I felt I could not move. My right hand was actually outstretched and the hideous face appeared to have a hand extending from near a shoulder that was gripping my right hand. The ugly face appeared to be grinning slightly (or was it grimacing?) and I became terrified. However, I did not hear it speak any words. But I was paralysed and did not know what to do. I tried to scream but nothing came from my mouth. The next thing I saw was the gargoyle head gradually disappear and at the same time I heard my mother calling out, ”What is going on here?” and then my brother Brian calling out almost immediately, “Its Trevor, he's tossing and turning!” Soon the bedroom light was switched on and the paralysis feeling rapidly disappeared. But I was sweaty and my heart was pounding. I said I felt paralysed and there was something in the room after me. After a while I settled down and the light was turned off. The Demon did not return.

From Chapter 8 It was during the summer of 1998 when I returned from a long car trip from Brisbane to Sydney, Australia and then drove westwards to the Kurmond area of western Sydney. I still had a feeling of motion in my head from the oscillating car after having driven over 1,000 kilometers that day. After some dinner at the residence of Mr James R. Turner, I rested on a soft mattress on the floor of the lounge-room where my spartan accommodation was situated. l relaxed with my head on a pillow and my body straight and on my back. All of a sudden I had no awareness of being on Earth but the sensation was vivid and real. I was suddenly surrounded by golden light of a fierce intensity and there appeared to be distinctive and many rays of bright golden light extending out from me in all directions. I witnessed nobody else near me and heard no sounds. There were also no aromas. However, my thoughts were that I had died suddenly and that I was now immortal, with tremendous powers. I also appeared to have the insight that I could travel instantly anywhere in the Universe. There was also the distinct feeling of so much glory and happiness. This OOBE lasted for a split second before suddenly I experienced a extremely rapid pull back into my body through the head region of my soul which jolted back into the body from a distance of what appeared to be about 8 inches. I simply rested there dumbfounded on my back, not moving. Within a few minutes I told my friend, James Turner whom I was staying with at the time, about the experience as a record. I regarded this as a strange out-of-body experience (OOBE) as well as proof that I possessed a soul and that there was life after death. Maybe I did die for a split second, I am not sure, but I know that I was definitely alive in spirit and that my body was still alive when my spirit jolted back into it.

Trevor J. Hawkeswood is a scientist who has experienced hundreds of paranormal events in his lifetime. In Light and Dark, he recounts some of these incredible interactions.

He believes that reality occurs on two separate but interwoven planes of existence—the Earth plane and the multiple levels of the spiritual planes, including the lower levels, from where the dark souls of humans who have died reach out to us.

He has experienced more than one hundred sightings of the shadow people, or “black ghosts.” He credits guardian angels with saving him from harm or certain death on a number of occasions. Hawkeswood also shares accounts of his numerous sightings of strange aerial phenomena he believes were caused by UFOs.

He has personally experienced clairaudience—voices from beyond—and precognition, or the ability to see the future. His detailed account of a unique out-of-body experience (OOBE) challenges what is known about this remarkable ability. His OOBE was unlike anything that has ever been described by others who have experienced it—and he shares it all in Light and Dark. But it hasn’t all been safe or pleasant. At eighteen, he survived a terrifying encounter with a demon gargoyle who tried to steal his soul energy after paralysing him.

A comprehensive handbook for the paranormal enthusiast, Hawkeswood’s work also provides a glossary and reference list of English-language UFO books. In Light and Dark, he shares a lifetime of experiences, ideas, and theories about this fascinating field of study.

Dr Trevor J. Hawkeswood has published more than 420 scientific papers and books on invertebrates and plants. He holds science degrees from universities in Australia and the United States. He has experienced a number of paranormal events in his extensive travels, many of which are outlined in Light and Dark. He currently lives in Australia.