All Women Are Bitches, and All Men Are Bastards 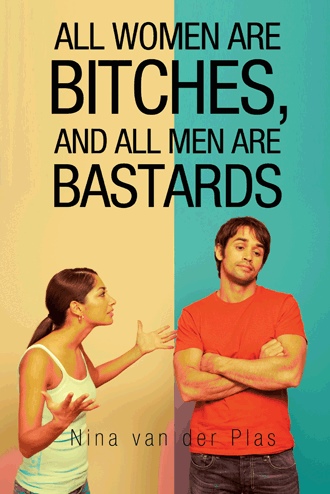 The man believes the woman is trying to change him. Where does this come from?

This behaviour, we are all aware, stems from the same place settling for second best does . . . self love. When a woman is not being loved in the way she wants or desires, she will naturally encourage the man to step up—which means change! This happens on an unconscious level so she won’t even realize she is doing it. She will only realize the fact that she is not happy in her relationship and will place the blame on him.

This would not happen if she chose to be with a man who reflected what she yearned for, because in this space, she is again honouring herself because she (like the man she is with) will only accept the best. It is never easy because life is a wonderful journey full of learning and change, but the bliss is well worth it!

Where the woman does choose a man who matches her in that love space, the man chooses a woman he doesn’t believe he truly deserves. Reflections of self worth in both partners are now very apparent. His struggle to feel love often comes out in a passive-aggressive victim-type approach and the woman’s demeanour becomes aggressive, never satisfied with what she gets. Both partners are then unhappy because both behaviours come from unworthiness.

So many people get caught up in the potential of people, they forget to see what the reality of the situation really is. Women are terrible culprits of this . . . gee I was one of them until recently!

My ex-fiancée is a beautiful man who was terrified of feeling. I wanted a deeper connection, which meant you have to feel and let go of fear; as one person changes so too does everyone else around that person. The more I opened up to what I wanted, the more he shut down or closed himself off to me. It was very painful and is something that is true of everyone whether we are aware of it or not!

I received an ultimatum from him three months out from the wedding; I had to choose between being with him or having a family. I couldn’t believe it, the dream was destroyed, and the opportunity for him to have a positive experience as a father was gone. I was still caught up in the potential of him as opposed to the reality of him. He had 2 children to a previous marriage and prior to us making our wedding arrangements we had both agreed to try for one child together, unfortunately this changed, and it was better to find out before rather than after the wedding had been and gone.

Men and women are perhaps more alike than either would care to admit. In this guide, former Personal Development Coach and Personal Trainer Nina van der Plas invites you to laugh at how very human we all are.

All Women Are Bitches, and All Men Are Bastards allows us to take a closer look at ourselves before we point a finger at the opposite sex. By providing valuable insights into what goes on behind the scenes in our actions, she helps her clients to understand that everything works in balance. Lessons we learned in childhood are played out in our adult lives, and the more aware we become, the easier it is for us to break these patterns.

A new way of being can begin with something as simple as a change in focus. This can be difficult, as it can challenge a relationship to grow—or grow apart. Fear is what keeps people from pushing ahead, and the old safeguard of “at least I’m not alone” seems like a safe haven.

But if we loved ourselves enough, we would never allow ourselves to be miserable, hurt, or sad. By changing our behaviour and holding ourselves responsible, we can learn true respect for our selves and others, self-confidence, self-empowerment, integrity, a healthy body image, and an uninhibited sense for creative expression. Once we learn to look within and from another’s point of view, we can have more valuable relationships.

This is a journey inward—sandpaper for the soul.