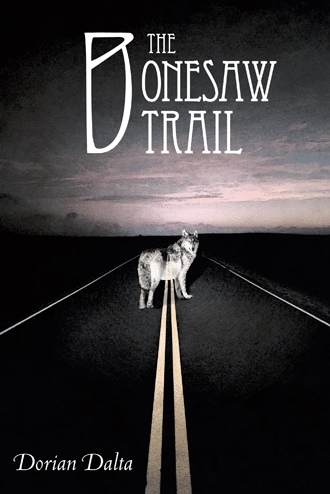 I push on through the night, clipping along behind the wheel. This silent drive wafers a thought. Behind the wheel, I’m afforded a bit more in the way of sensory perception, yet the redundancy of this road lingers. I remain a lone flare in an empty night. The wind whispers at my vehicle reminding me of its power. I wonder if it will snow. This vacuum I seem to be driving through has sucked away any semblance of time I may have claimed. I could give a good guess. Yet, as the road cranks on, I feel a sort of twilight zoned timelessness. Any sense of the familiar has been shunned by the absence of sunlight. I couldn’t really tell you what time it is. I should really have sense enough to throw you a good guess. I am however, just not able.

I would expect to see a road sign. I am also starting to wonder about this lack of other vehicles. I haven’t passed any other cars. It isn’t creepy, although I have begun watching a bit more intently for another driver. I like the privacy of knowing I’m the only driver. On the other hand, a sliver of reassurance to the reality of some other drivers would be nice. Where is everyone?

Something just flashed on the road at the limit of where my headlights reach. Something darted across the road. My senses tighten. Mother Earth has come to life. My energies are tensed and revived. This boring lonely ride has awakened. What will I bear witness? Was it a deer? I methodically apply the brakes. No, that looks like a wolf or a coyote. If not, it’s one big ass, wild looking dog. As I slow to check it out, it appears as though this wolf has captured something. I continue to slow down. The wolf ignores my presence at the scene. This big, wild looking dog has downed a deer. The chase appears to have concluded right here alongside the roadway. I’m struck; the raw, graphic episode of nature, right here for me tonight on this lonely old highway. While the presence of people has, for now, evaded me, I am reassured by the showing of animals. As I pass this scene, the dog, wolf, or whatever it was starts in on what looks like an ample and hearty meal. It’s so carnal. As I pass by, steam from the innards of the deer and the jowls of the beast rise to meet the cold outside air.

I ponder the wolf and the deer. I am taken slightly with an insinuation of anxiety. A shudder runs under my skin. It’s not the sort of thing you see along a somewhat, well traveled roadway. Would this big dog attack a human? The wolf hardly took notice as I drove by. Pride, fulfilled determination and the excitement of a soon to be filled belly seemed the wolf’s singular concerns. Why wasn’t the wolf more frightened by my presence and the presence of a vehicle? I certainly feel safe and warm here behind the wheel, but what if I had to walk? What if I had to be outside, without the protection of my warm driving capsule?

The road speeds up as I apply the accelerator, but somehow doesn’t really change. Where am I going? I am trying to get home, but somehow the idea of heading home is fading. I don’t really have anywhere to be. The gas gauge is nearly full. My thoughts fade into the mundane, similar to that of the road. I am aware of faint themes, but nothing seems to really stick. The road seems to suck away any specificity. As I drift along the highway, my brain rides along in neutral. Although I am mildly aware, this sense of neutrality lends a great degree of contentment. I am relaxed, I am being. I drift in and out of an awareness concerning this present state of mindfulness. 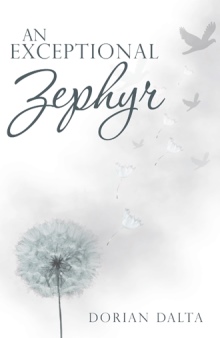 A road trip? A road trip down the rabbit hole? Bonesaw makes a beeline toward providence. Bonesaw blazes a path to destiny. He leaves what has become a familiar yet tainted existence on a rural Caribbean island to rendezvous with the life he came from. His action-packed excursion will meet its apex upon reuniting with his beloved and estranged pal, Johnny.

Johnny is also embracing a journey, a passage of his own, a lost and mysterious drive through the night. A curious wolf and a self-sufficient feline act as unforeseen guides. What is their message? Where is he going? Where will his path lead?

Will Bonesaw and Johnny ultimately come together? Will their paths eventually converge? What will transpire amid their ventures? What will it mean for each of them?

Dorian Dalta has a double master’s degree in counseling psychology. He is an active musician and lives in St. Cloud, Minnesota.