Journey into the Great Mystery 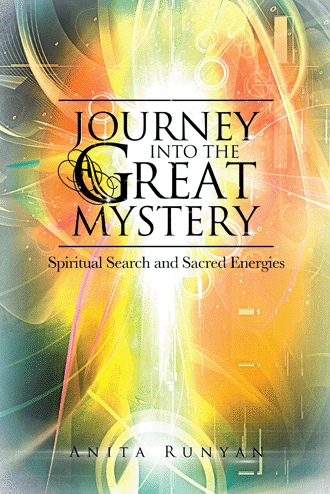 Energies, Pele, and Other Mysteries
My experience with the energies continued after I returned home from Maui. My first major experience was at the Quantum Release Workshop and later at the volcano, Haleakala. Prior to that there were times in deep meditation when I would experience kriyas, which are involuntary movements of the limbs such as trembling and shaking. However, I had never felt the bursts of energy or the rocking of my body, which occurred on Maui.It was something of a letdown when I returned home after the highly charged experiences in the workshop. I added the opening of the chakras to my meditation practice, and I had a few bursts of energy at various times, but what was next? Of what value was this to my life? I had heard other people talk about having guides, feeling their presence and even seeing them. I did not experience this, and I saw nothing. So, in my meditations I began asking for a guide to be with me. Nothing seemed to happen, and I redoubled my efforts, begging with tears for the appearance of my guide. When I later thought about what I was doing, this was rather unusual behavior on my part because intellectually I was still questioning the existence and nature of God, and guides had no real place in my scheme of things.One night as I was meditating and again asking for my guide to show himself/herself, I suddenly realized that for some time now, after every request for a guide, I received a large burst of energy. Was this my guide responding to my request? I asked this question and got another huge energy burst. I could almost feel a sigh of relief coming from my guide that this very dense human being had finally recognized the signal that was being sent. I had been so blinded by my expectations that when a response came to me in another form, I was unable to see it for what it was. The recognition of my guide was a sweet experience. I felt myself relax and open to the connection. I expressed my gratitude for this presence, which was a confirmation for me of a tangible link to that for which I searched. I no longer felt so alone. I went back and reread all the books I had on Huna, which involves the secrets and mysteries of Hawaii. On the one hand I was eager to delve further into these mysteries myself, and on the other hand my skeptical side kept questioning the source of the energy and looking for scientific and “rational” explanations.This had been an ongoing struggle for me. I had been involved in left-brain activities all of my life, and my doctoral studies at the university reinforced my rational mind and my belief that only “scientific” explanations are acceptable. I would hear others talking of their intuition and other right-brain matters, and I would mostly dismiss what they were saying as being fanciful or “fuzzy-headed.” Though many of my beliefs had changed, this need to have concrete evidence before being able to accept something as valid continued to rear its head. I needed to know what was true. Only now was I beginning to recognize that there are different ways of knowing.In the fall I attended another silent retreat at Cloud Mountain with the group from the Center for Sacred Sciences. This was a time of further opening and of experiencing joyous energy. Prior to the first meditation, I went for a walk and found myself strongly attracted to the beauty of the trees. At the end of the road I stood and looked at the lovely green hillside bordered by evergreens and with a stream trickling down through it. I moved to stand by an old-growth tree with a huge trunk, which had moss growing at the base. It filled my senses, and I felt a great love and kinship for the tree. All the way back I kept appreciating the perfect shapes of the trees along the road. Rays of sun were coming down through the clouds, and I wanted to kneel down in the road in thanks for the perfect beauty of the moment. This communion with nature was still with me as we began our first meditation, and my body started the shuddering/quaking response I’d previously experienced. Then the vibration increased in intensity with my whole upper body, especially my arms, moving strongly. After this had continued for a time, I said (internally), “I am here Lord, take me.” This brought more vigorous movements and also tears. Whenever I would repeat those words to myself, the vibrations became stronger, and I felt as if this was an important surrendering process. The vibrations continued as I participated in the walking meditations, particularly in my arms and hands, but also to some extent in my upper body and head. I just stayed with the experience most of the time, but occasionally my observer would pop up and wonder whether others were noticing. Did they think this was weird, or were they envious of the experience as an expression of deep spiritual process? I tried not to judge myself for these thoughts, but rather to just let them go and return to the experience.

Journey into the Great Mystery is the true story of Anita Runyan’s midlife foray into mystical realms as she transforms from skeptic to spiritual seeker. Her journey begins with the study of core teachings from mystics of all the great religions and continues with various encounters with sacred energies.

This fascinating book describes Runyan’s major kundalini opening and its ensuing effect on her life. Her inner search for truth led her to adventures with light bodies, shamans, spiritual guides, orbs, and more. She traveled around the world to sacred sites, including those in Egypt, Brazil, Africa, Chile, Easter Island, Hawaii, and the Aleutian Islands; and these outer explorations served to illuminate and deepen her knowledge of her complex inner world and inspired life-changing revelations.

Anita Runyan’s early career included teaching in junior high school, social work, and probation work with juvenile and adult courts in Southern California. She spent two years in Nepal developing a pilot training project for the Ford Foundation and was then employed in the VISTA Training Program while completing her graduate degrees in counseling psychology at the University of Oregon. Upon receiving her PhD, she was awarded a faculty appointment in the Wallace School of Community Service and Public Affairs. Her appointment included writing grants and directing the resulting programs. One of these involved placing students in human service agencies for a year, and this became her major focus as she and other faculty taught accompanying seminars and other university courses. As a licensed psychologist, she developed a small private practice. Dr. Runyan is now retired from the university after twenty-five years on the faculty.