Stories from an Enlightening Journey 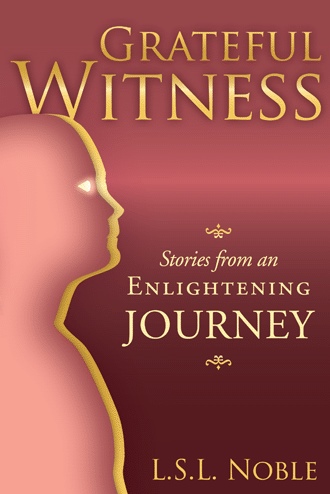 All I could see was white. It was daytime on the mountaintop but all that was visible was white. I couldn’t see the trees, the mountain foliage, wildlife, vehicle, not even the porch. It wasn’t snow—this was summer and it was hot. My data looked for any ‘other’ explanation and decided a huge white cloud had surrounded my mountaintop. Well. Okay.

But ‘it’ felt eerie.

An energy current hummed throughout my body (vibrating) and celestial music (the sounds of source) played in my head. I came outside, alert in the moment. Sitting, waiting, engulfed in this holy white effulgence, I peered into the white—until—I disappeared.

The ringing telephone drew my attention and I reappeared. A male voice spoke from what sounded a great distance. The conversation was quite brief:

“How are you?” he inquired.

“There’s a white out up here,” I replied.

During one of my first retreats at Synchronicity, a revealing experience and its interpretation finally convinced me that all the imaginings of my imagination weren’t just my imagination.
We were in the Environment for a daily session presided over by Eileen and each participant was asked to partner with ‘an other’ for an exercise in awareness. I noticed my partner was a handsome man—a “leading man” type—who was not hard to look at. When we were asked to stand face to face and just gaze into each other’s eyes, I thought:

Suspended in/by ‘no thought’, I watched as a blackness slowly moved from my left—crossing my field of vision—to the right: eclipsing everything in its path. Just as the sun disappears from sight and all is plunged into darkness upon the full eclipse of the sun so everything disappeared and I stood in a black void, eyes still wide open—peering. No thing.

The eclipsing blackness continued slowly moving across my field of vision. The picture of the moment reappeared bit by bit, from my left to the right—revealing the current events, from left to right: the room (the Environment), my partner (handsome “leading man”) and all the “others”.

Here I stood—once again witnessing the current event, unveiled, unveiled in the same manner as the sun is once again uncovered/revealed with the completion of the eclipse.

Again this blackness moved from left to right across my field of vision until everything disappeared and I was just there in the dark of the eclipse—until.

Again the picture before me reappeared, unveiling itself as the eclipsing dark moved from my left to the right until all was once again as it seemingly had been before. Seemingly. But something was different—me!

This experience, the eclipsing of manifestation, continued until we were asked to end our time together and the session was complete.

I went straight to Eileen’s office. I felt comfortable describing for her the experience I had just enjoyed and I wanted to know—“what is that?”

Master Charles had mentored/journeyed Eileen well, trained her as a ‘mind mechanic’ and she was able to offer a truthful explanation from her own enlightening experience as well.

“What you experienced was the gap between thoughts,” she told me.

Eileen’s words to me were so clear that I lit up like the proverbial light bulb. Since I have experience in the film industry she used this example:

“When the movie film strip is running through the projector at its appropriate speed, it appears to be one continuous picture—a movie. But when you slow down the picture and play the film strip one frame at a time you notice the blank/black space between frames. This is what you did. Your frequency accelerated enough (to the speed of light) that you experienced the empty space (the black) between the frames; the gap between thoughts.”

Wow! I grinned from ear to ear in this most potent moment as joy bubbled up from deep within me. I heard my voice ask, with the excitement of childlike discovery:

“Then this is not just my imagination? This is real?”

Eileen quietly nodded “yes” and her eyes sparkled and her face smiled a beatific smile as, together, we reveled in the awareness of the magic and the miracle.

After a few more clarifying words, I hugged Eileen, and my heart sang a song of gratitude as both the tiny dancer within my heart and I danced up the mountain to nowhere in particular. “Thank you. Thank you. Thank me.”

“Truth is stranger than fiction.” Stranger is, the truth may be happening to many of you right here right now.

Reading like fiction, this nonfiction account candidly shares with no embellishment stories of magical, mystical, spiritual experiences such as the appearances of beings of light, prophetic dreams, astral travel, the Sri Yantra (blue pearl), NDE (near-death experience), the master-disciple relationship, and more.

The witness and experiencer (author) of Grateful Witness illuminates the process of freeing oneself from misery and illusion, carrying one upon wave after wave of peak experience, breakthrough, illumination, catharsis (processing) and integration. All lead to an attainment of the realization of oneness with God, of God consciousness.

Linda S.L. Noble grew-up on the coast of eastern North Carolina, where, as a small child, she rode turtles into the sea. Having returned, Linda basks in the sun, sand, and surf of her youth on Topsail Island, where she and her son, Lee, gratefully live in Surf City, North Carolina.