The Vine of the Soul 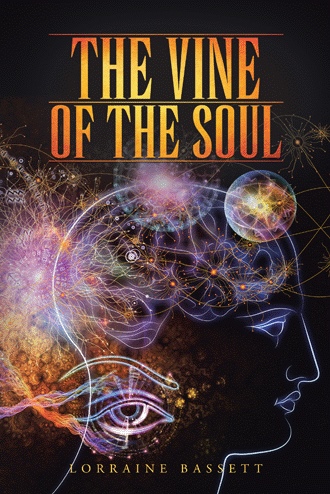 I stood thousands of miles away from home in the middle of the Amazon Forest by a landing strip watching a coffin go around the only carousal. I wondered about its occupant and about whether that person would say he lived life to the fullest, did he believe in Heaven or nothingness after death? I hoped he believed in Heaven, as I have seen it.
My vision did not happen after a near death experience but after a deep meditation. On a fairly typical evening, I sat in my apartment in Munich and meditated. When I was finished, I slowly open my eyes, savoring the smell of incense and the music. However, instead of deep peace I normally experienced, I felt a sense of urgency, as if something was trying to reach me from the deepest part of myself. I felt so unsettled I lay down on the bed and closed my eyes in an attempt to settle my thoughts
I breathed deeply, attempting to regain the sense of peace I had earlier in the evening. At some point, I was aware that my body felt very heavy and immediately following that I was no longer aware of any physical body, only my conscious thought. I could still hear breathing, but with each breath I was experiencing, I knew that I was no longer part of my physical body. I was separating from myself and was becoming part of everything, being drawn into something that I had not experienced even in my most profound meditations. As my consciousness expanded I became aware of many things around me, especially sounds. I could hear other people breathing, as though I was part of them and was breathing for them. I could hear footsteps as though they were in the street, but I knew they were coming from far away. I was expanding to such a degree that I was no longer in Munich or even Germany but in many places at once. Even reaching down to a homeless man who was dying and afraid. He saw me looking at him and I smiled, telling him that he was not alone, that I was with him and not to be afraid. With that, he closed his eyes and let himself go. I watched in awe as his spirit left his body.
Because I was not in control of this journey, I felt very apprehensive of what I was seeing and hearing. This part however did not jolt me as much as what came next and I was not prepared for it. A noise as loud as jet engine assaulted my hearing and a power unknown to me pulled at my consciousness, pulling me unwilling to a place I had not been before. For a brief moment, I became aware of my physical body and noticed my breathing had accelerated and that I held the bed with both hands. Despite physically protesting, my mind was on this journey and I had no power to stop it. After being pulled unwillingly into this new place, I quickly scanned my surroundings. It was likely a crowded train station, with people going to many different places. It was noisy with so many people talking. That in itself seemed to much for my senses but the greatest distraction was that many of the people had noticed my arrival and were trying to talk to me. Because so many had something to say, I closed my eyes and tried to shut them out. It was too loud and too much and I was afraid. I had not chosen to come here and I wanted to leave.
Suddenly another pull and this time the feeling was entirely different. I was floating and looking out into a place that was beyond beautiful. It reminded me of space, but there was no darkness. Small, soft colored bright lights were the stars and a soft pink light replaced the dark. Something within me knew at this moment that I was one of these lights, floating with the others, so many of them in this perfect place. I could feel what it was like to be one of these lights, so filled with love, so pure, so alive. There was not one part of me that did not know peace. It was complete and I was whole. I continued floating, bathing in this sensation when I noticed a light coming closer to me. As it approached, it became brighter and from its center a symbol showed itself to me. I heard a voice tell me that this is who you are and not to forget. I watched the symbol for a short while, assimilating what I was being told. Even though I would have gladly stayed where I was, the pulling sensation returned and I knew I was leaving this place.
Without any more unnerving transitions, I was back in my bed. I brought my hands to my face, they were shaking but I was longer afraid. I shut my eyes and wept for a long time. Not because I was sad but because of some deep emotion that this place had awakened in me. My heart had experienced complete, unconditional love and pure peace. I felt altered, and I knew that no matter what comes next in my life, that I would not be the same after tonight. The only thing I did not know was why.

The Vine of the Soul contains an important message to us all from the shamans of one of the last indigenous tribes on the planet. Lorraine Bassett is a PhD student, spiritual healer, and teacher who has traveled the world in pursuit of her own spiritual development. Follow her journey into the heart of the Amazon to work with the Shipibo Shamans through ritual use of the ayahuasca vine to form deep connections with the spirit world. Emerge from this riveting story with a deeper view into your own spiritual journey and the importance of connection to the natural and spirit worlds.

Lorraine Bassett’s boundless energy, passion for life, spirituality, and determination to survive has driven her to succeed in both the spirit and business worlds. Lorraine has been CEO of a leadership consulting company and head of sales in a high-tech startup. She holds an MBA in business strategy and is completing two PhDs in Metaphysics and Divinity. Her passion is Taekwondo, in which she is a third Dan black belt and two-time US National Olympic Style Ultra Sparring Bronze Medalist.

Lorraine, her husband, and their six-year-old daughter divide their time between homes in eastern Massachusetts and in the White Mountains of New Hampshire.

To learn more about Lorraine please visit…
thevineofthesoul.com and lorrainebassett.com