The Principle of Baseball

All There Is to Know about Hitting and More 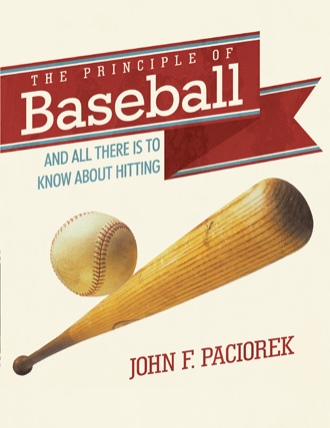 The game of Baseball enlists few physical impediments with which to limit success; they are mostly mental. Any “Simple-minded” person can achieve Baseball Success!

"John's Book looks at Baseball, and its two most precious elements of Batting and Throwing, from the multiple standpoints of the 'superficially' physical and mental; from the 'meta-physically' scientific; and from the 'all-inclusiveness' of Spirituality. Therefore, Baseball's most enduring and endearing attributes can be perceived on multiple levels of conscious awareness, and thus arouse the 'dormant understanding' of all enthusiastic fanfare to more than just the mundane interests of the 'ordinary' sports - spectator. Change the way you think about the things you see, and the things you now observe will have changed proportionably and substantially to the quality, intensity, and expectancy of your thoughts."

The game of baseball enlists few physical impediments that limit success; they are mostly mental. Any “simple-minded” person can achieve baseball success.

Simplicity is the integration and coordination of life’s infinite array of variables within the realm of understanding. Simplicity is not the beginning of primitive evolvement but rather the culminating effect of organization—not merely the discovery of the wheel but its maximum utility by expanded thinking.

The way to describe the best of ball players at his position or at bat is that “he makes it look simple.” Although it is not really simple, abiding by a strict discipline of simple mechanics, the best players have perfected the techniques for their particular positions through arduous, repetitive labor, from which the human physical endeavor eventually appears effortless and instinctive. (In the words of Thomas Edison, “10 percent inspiration, 90 percent perspiration.”)

When mere strength and natural ability reach the limits for peak performance, conscientious devotees will find “technique” to add to their effectiveness and longevity. The universe (one voice) sings in simple chords of harmonious function, changing chaos into order.

John Francis Paciorek is currently a Physical Education teacher at a small private school in San Gabriel, California. His greatest claim to fame is that he is the subject of a trivia question whose answer denotes that he is in sole possession of the highest lifetime Batting average, Slugging percentage, and On-base percentage, in all of Major League Baseball’s illustrious history.
In the past 50 years since his “Big League” debut, he has devoted himself to understanding the most efficient way to teach the proper mechanics of hitting and throwing a baseball.