Tested to the Limit

A Genocide Survivor’s Story of Pain, Resilience and Hope 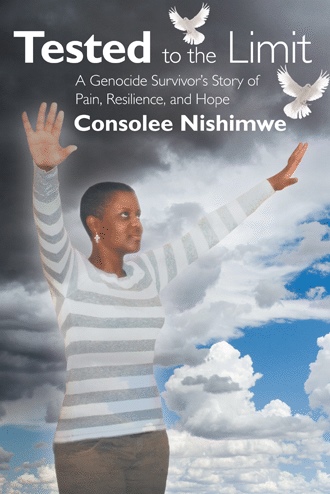 “If there is one book you should read on the Rwandan Genocide, this is it. Tested to the Limit—A Genocide Survivor’s Story of Pain, Resilience, and Hope is a riveting and courageous account from the perspective of a fourteen year- old girl. It’s a powerful story you will never forget.”

“That someone who survived such a horrific, life-altering experience as the Rwandan genocide could find the courage to share her story truly amazes me. But even more incredible is that Consolee Nishimwe refused to let the inhumane acts she suffered strip away her humanity, zest for life and positive outlook for a better future. After reading Tested to the Limit, I am in awe of the unyielding strength and resilience of the human spirit to overcome against all odds.”

“Consolee Nishimwe’s story of resilience, perseverance, and grace after surviving genocide, rape, and torture is a testament to the transformative power of unyielding faith and a commitment to love. Her inspiring narrative about compassionate courage and honest revelations about her spiritual path in the face of unthinkable adversity remind us that hope is eternal, and miracles happen every day.”

Consolee Nishimwe is a survivor of the 1994 genocide against Tutsis in Rwanda and lived through the horrors of that genocide at age fourteen. Consolee suffered insurmountable physical and emotional torture for three months, hiding from place to place to evade capture and certain death. In the end, she miraculously survived with her mother and younger sister, but her father and three young brothers were savagely murdered. During her period in hiding, her faith was continuously tested, and she struggled to reconcile that faith with the atrocities she was being subjected to. Over time, Consolee succeeded in discarding the burden of carrying vengeful thoughts against those who were persecuting her and instead placed their ultimate fate into God’s hands. Consolee’s miraculous and inspiring story of survival is a grim testament of hope and faith triumphing over tragedy and provides lessons that will help anyone who is grappling with difficulties in their lives. She is a committed speaker on the genocide, a defender of global women’s rights, and an advocate for other genocide survivors. She now lives in New York.