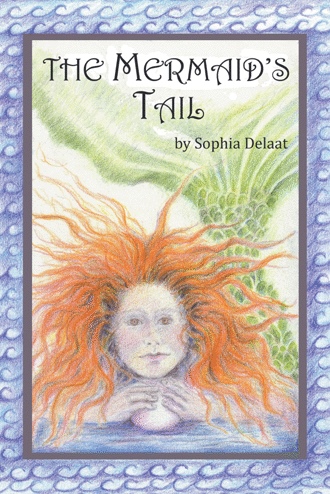 This passage from Ecclesiastics 1:9 has gone undisputed for thousands of years, and for those thousands of years, human beings have been assembling and deconstructing these multiple expressions of a Supreme Unknown. The enigma of what is a human being is equally challenging, especially when we move beyond the notion that a human being is incidental as a determining factor in earthly evolution. In his novel, Stranger In a Strange Land, Robert Heinlein labeled attempts at arriving at basic Truths: to Grok. Grok describes intelligence at work as thought: interpreting, synthesizing and extrapolating impressions in an attempt to decode the essence of the moment. Miraculously, astute questioning leads to answers that seem to fit together in ever expanding patterns, much like the self-replicating pentagrams.
There was a time in the not-so-distant past when families held most of the community’s population in a congruent interpretation of its Truth. Boys were initiated into the family business, guild, or farm at an early age, and girls seldom questioned that their lives would differ very much from their mothers’. Those days of following in the footsteps of a family member have been abandoned. There are now precious few absolute truths or leaders to show the way. Tragically our young are now left to their own devices to create meaning from life’s trials and tribulations.
The resulting dissonance obscures emerging patterns, inhibiting the best of us from being able to grok personal revelation. That being said, I have experienced the great nothing and come to some theories of my own. I have traveled extensively and have lived in more places than I can recount; each move, no matter how far, was another beginning. I have become practiced in the reconstruction of my life and am familiar enough with the process to determine what is essential. This rolling stone has been broken and repaired, but has gathered little moss.
There are many philosophers, thinkers, and tinkers of the world who have influenced me, but Rudolf Steiner and Wolfgang von Goethe have inspired me to love what I do and trust the silent voice of personal revelation. My initiations, however, have not been at the feet of great masters, but by children and through fairy tales. I thank innumerable children who have given me grace and allowed me into their world of wonder where there is the possibility of joy, imagination, and creativity. To know this possibility has been remarkable.
Symbolically, a circle illustrates the intimate connection to everything that the child naturally has prior to, oddly enough, the change of teeth. The lack of what an adult would call judgment allows impressions direct access to the slumbering soul. A child orders these chaotic sense experiences to form the basic constructs of her world view. However, this tender time of childhood is threatened today.
Young children are rushed to decisions without the benefit of experience on which to base an opinion as simple as whether or not they prefer soda or milk. Indecisive parents look to their child for clues for bedtime, what to fix for dinner, or even what to buy at the grocery store. It is as if adults fear the authority to know what a human being requires to develop the gifts and talents this world so dearly needs. The lack of meaningful rhythm, early intellectualization, and exposure to technology has arrested the child’s natural ability to play. A part of the young heart becomes frozen by predetermined concepts.

Human beings are only fully human when they play,
and they only play when they are human
in the fullest sense of the word.
—Schiller, poet of freedom

Children test moment to moment just to find out what we are made of. They have taught me that no matter what the curriculum, we always teach who we are. This is what children want to know first and foremost. Any arbitrary use of authority or power to gain access or control of them is met with a variety of resistances. These assaults on childhood break down the dream, a natural protection of childhood. The greatest gift a child can receive is to gently waken from this dream so that the imagination and intelligence can meld into living thinking. From out of the circle, the unique individuality emerges to master left right orientation or linear capacities.
Fairy tales are written in the language of pictures and with every telling, a tale can take on a new significance. This is the language of the dream where everyone is everything. Dreams are where we go to make sense of the world we encounter in the harsh light of day. In the land of the fairy tale, pearls are mermaid’s tears. Pearls are created by a minor irritation out of which, and over time, the oyster creates a valuable treasure. Gratefully I have transformed little and large irritants into pearls of varying degrees of perfection. The Mermaid’s Tail is how I have strung these pearls of experience into something of value. Surely, nothing less will do, as this is the very foundation on which individual freedom is built.

Whosoever survives a test, whatever it may be, must tell the story. That’s his (her) duty.
—Elie Wiesel, 1986 Nobel Peace Prize winner

Free, living thought is the evolutionary goal of spiritual development. The Mermaid’s Tail is not meant to be an absolute Truth, but these are my thoughts, my Truth, and the best representation of the Truth that has led to an intimate conversation with the powers that create me. One Truth I will hold fast to is that in any circumstance, we have the choice to enjoy the ride or not. Simply said, it is best to choose to enjoy it. Charnie Lewis, my favorite riding instructor, told me, “Smile, your horse knows if you are enjoying the ride!” I have found this to be the best advice in any circumstance.
The writing of The Mermaid’s Tail has given heart to my experience—so much so that I highly recommend the process to anyone over sixty, or with enough life experience to have wisdom based on personal “ahas” and revelations. I am interested in thinking that redefines established premises. These thoughts don’t have to be magnificent revelations that challenge a world order like: whether or not the earth is round or flat, Galileo’s confrontation with the Catholic Church, or the Declaration of Independence that established the value of freedom. What I find most interesting is not research filled with statistics, but in how personal limitations have been creatively redefined. Every victory towards independence, from learning to walk through developmental stages that mark the emerging self are a reason for celebration. How a person becomes real is a matter that should concern all of us.
Some friends are able to shine through Life, even making the daily grind look effortless, while others of us wrestle with our demons to learn the sacred arts of becoming. I am thankful for the former because they keep the world in balance while others of us tinker around with basic premises guided by a desire to taste of the elixir called Life, reverently served in the most beautiful of chalices: our earth, community, and the living Grail of our own beings.

Once you are Real you can’t become unreal again.
It lasts for always.
—Margery Williams, the Velveteen Rabbit

The Mermaid’s Tail tells the story of the Universal Feminine’s emergence in history of humanity as a viable force in evolution. The soul qualities of compassion and regard for all human beings are what is demanding the redefinition of society’s biggest questions. Without an equal voice in the debate about war, education, care for the land or the elderly, only part of the problem can be understood.
Sophia takes the reader from the mythological to an awakened imagination that can define what the Feminine voice really is. Her love of different cultures and ability to synthesize experience creates a series of impressions that illuminate what at first glance may appear as mundane. She shares hard-won insights into the sacredness of the many expressions of a One god. Initially, what can be read as irreverence exposes a greater truth reserved only for the courageous.
“The Mermaid’s Tail unmasks hidden meanings of the tales we were told as children—the mythology buried deep in the recesses of our minds. The book offers unexpected and delightful insights into creating deeper personal meaning, all tied together with well-crafted, often poetic, prose. A delightful and very rewarding read.”
- Dr. Jill Ammon-Wexler
Best-selling author Pioneer in brain/mind research www.BuildMindPower.com “This book will awaken feelings, joys, fears and emotions in readers from all walks of life, both masculine & feminine, young & old…… well done !”
- Gary Duncan wood worker, musician, landscape artist, Ozark Renaissance man
“The Mermaid’s Tail links visions of our universal subconscious past to what our collective conscious is asking for today. Drawing from her life’s journey and discoveries, Sophia has created an artful and enlightening read.”
- Lanie Frick
Professional artist
Women Artists of the West/assoc.
Missouri Artist Alliance/juried
www.laniefrick.com

The Mermaid’s Tail, in part autobiographical, draws on Sophia’s thirty-plus-year career in the classroom, but most notably the twenty years she spent as a Waldorf teacher. Waldorf schools are inspired by the work of Rudolf Steiner, an Austrian visionary, whose insight into the nature of destiny created a body of work known as Anthroposophy.
In 2007 she married Chuck Million. They bought ten acres and a farmhouse in Raymondville, Missouri, where her community knows her as Sophie Million. She and her husband ride the Ozark Hills on their horses and live with four cats, and a golden doodle named Millie. Sophia is a painter and poet, but her latest artistic passion is carving and painting finely crafted gourds